Home » Regional » Ennis » No water wasted at the Coláiste 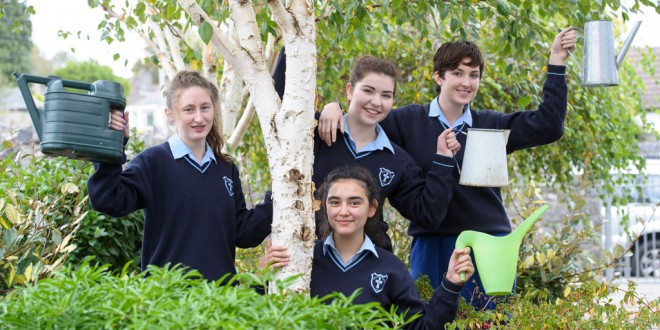 No water wasted at the Coláiste

WHILE the torrent of complaints about Irish Water and water charges is on the rise, students in Ennis have just completed a conservation programme that cut their school’s use of water by 75%.

Coláiste Muire girls have saved 2,635,000 litres of water since the two-year programme began and this week collected the prestigious Green Flag for water conservation.

The 2.635 million litre water conservation was measured through regular readings by the school caretaker and verified by the environmental section of Clare County Council.

The College Road school had already won Green Flags for energy conservation and litter reduction when the water project began in 2011, and are the first secondary school in the town to make it a hat-trick of the An Taisce flags.

“We got the classes to do poster campaigns, to organise an action day, where all the students were asked to dress in blue to raise awareness of the importance of conserving water and we brought in guest speakers from ECO-UNESCO, who provide education to young people on environmental issues through information seminars.

“They pointed out things we don’t realise, such as every time you eat a burger, 20 litres of water are used in order to prepare the burger. They gave them information like that about our consumption of water. We also worked closely with Joan Tarmey, the environmental officer with Clare County Council,” Ms Burke continued.

“It’s made a huge difference to the school, in terms of our water consumption and it’s also raised the students’ awareness. Last year, a number of transition year students were very involved in the programme and took the lead in it. A lot of the girls did a huge amount of work but one of the girls who was very helpful last year was Orlaith Lyons, as was Nell Hensey, who has an interest in film-making, who facilitated a second year class to make a full DVR on saving water.”

The Coláiste Muire students also broadened their interest in water conservation by adopting Ballyalla Lake earlier this year as a project and worked to clean up and keep the tourist spot tidy.