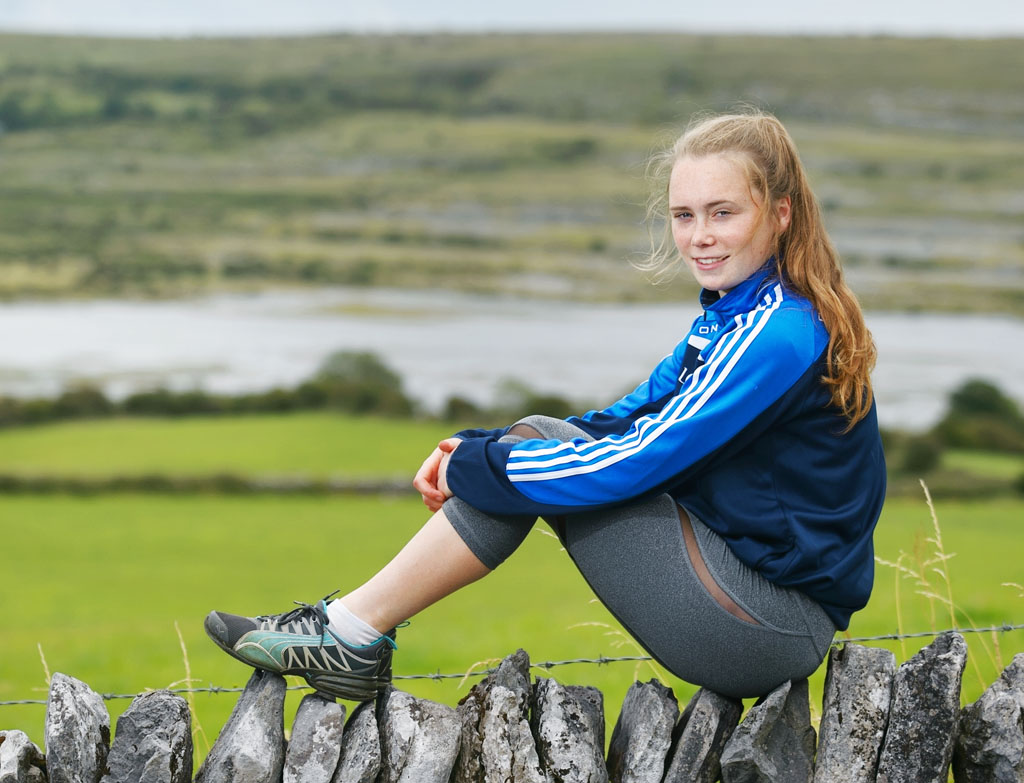 Michael Cusack's Lizzy Roche will be at centre-forward for Clare

No minor matter for Clare ladies

BEATEN by 24 points on July 2 by Kerry, how do the Clare minor footballers recover from that Munster final hammering?

Perhaps the only way is to somehow try to forget about it and apply all of their energy into producing a performance against Dublin on Monday in their All-Ireland quarter-final tie. The game will be played in Portlaoise at 2pm.

Clare have no choice really. That’s all they can do and, hopefully, they will at least compete with the Leinster champions, who beat Louth to win the provincial title.

Clare selector Eamon Keane says their primary task since the Munster final was to somehow raise the confidence of all involved. The only option available is to play with conviction in an effort to restore pride.

“We were well beaten in the Munster final and confidence was down. For a few weeks afterwards we had to build that up and I think we’ve succeeded in doing that. We’ve worked hard since then and we think their confidence is back to where it needs to be. Hopefully, we’ll come out and put in a good performance against Dublin,” the Shannon Gaels clubman said.

“They felt they didn’t do themselves justice against Kerry. We’ve looked at the game since a good few times and we had a chance of a few scores early on, which we didn’t take. Before we knew where we were, we were seven or eight points down at half-time,” he noted.

“It continued on like that but the mistakes we made were obvious to everyone. We held on to the ball too long, soloed into tackles and didn’t move the ball forward quickly enough. We tended to go laterally across the field, rather than getting it up to the point where you can score. We’ve done a lot of that and we’ve worked on our defensive system. Hopefully we’ve rectified a few of the problems we had against Kerry and, hopefully, that will be reflected on Monday against Dublin,” he added.

A recent challenge game suggested that Clare should be competitive this time out.

“Since the Kerry game we played Cavan. There was only three or four points in it. We were leading for most of the game and we changed the team around in the last 15 minutes. But we know we’re back at the level we need to be at. We saw Dublin in the Leinster final and they are certainly very strong. They have a particularly strong half forward line. They’re a good team and they will be tough but they certainly aren’t at the same level as Kerry.

“From a psychological point of view, I don’t think it will be as difficult to face into playing Dublin. We knew what we were up against in Kerry and we probably showed them a little too much respect. They’re all flying fit as far as we can see and hopefully they will remain that way for the next week,” Keane concluded, as Clare prepare to head to Portlaoise for what will be their sixth championship outing of 2017.