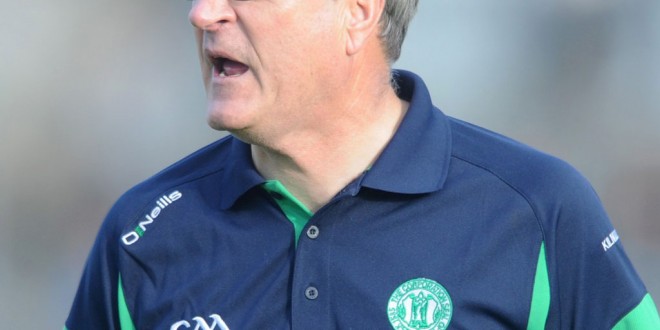 Most GAA clubs feature families who have been involved as players or administrators for generations. Cratloe have some of that type of influence but most of their active GAA families are not originally from the parish.

Cratloe native and former Kilmallock senior hurling manager, Tony Considine feels this is in fact a huge advantage to Cratloe and adds freshness to the club. Generational baggage handed down is not a factor.

“Management-wise everyone they have is inside but remember they’re not from Cratloe. Maybe if there was an insider, they mightn’t be as successful. Somebody didn’t buy the right pig from a fella or stole his hen,” Considine suggested.

“In a club where someone local is involved, everyone knows you and, more importantly, they know everyone belonging to you. Your great uncle might have hit a slap at some fella in a pub or told him he was useless years ago. That’s the same everywhere.

“I think this is why Cratloe are exceptional. Most of the Cratloe team, their fathers and mothers are not from Cratloe. No-one knows anything about anybody. No-one can sling a thing at this fella or that fella. That’s a huge help to Cratloe because the relations are not known. Whereas before, in Cratloe, the older fellas were there and everyone knew that ‘your man’s father cost us that championship’,” the former Clare senior hurling manager recounted.

He expects an epic struggle in Limerick on Sunday but feels the pre-match advantage lies with the Limerick champions.

“I think we’ll have one of the best Munster club finals in years. I think the advantage mentally is with Kilmallock now after what happened last Sunday. But then Cratloe have been up against disadvantages before and it hasn’t knocked them on the head.”

Considine’s father, Tom, was on the first Cratloe team to win a championship in 1935, while Tony has fond memories of 1964, when the club won a juvenile and junior hurling title.

“I’d say I was only just out of the cradle. There was no U-12 or U-14 that time. To think that 50 years down the road this parish won the double in hurling and football. The only time that there was a football brought out in Cratloe was when it was dark. We were in the hollow and the football was brought out after dark. Actually, it was soccer we played,” he recalled.

Considine and his peers learned their hurling in the hollow.

“There was the big hollow and the small hollow. The big promotion was to be brought down to the big hollow to follow the ball for the big boys behind the goals and hit it back. Fellas might have gone to Neville’s shop after training with their couple of pence for a bottle of lemonade but most of us had nothing and we went to the well and started drinking water. There was a spring well there. There was a forge that time, alongside the hollow in Cratloe. If you wanted to get the hurley thinned, you went up to the forge and Danny Mac did it for you. You had that hurley spliced about a hundred times. I’d say that was the same for everyone,” Considine reflected.

He said geography has played a key role in Cratloe’s development.

“I always think that Cratloe was very lucky in where it was situated between Limerick and Shannon. The work was available. I’m gone out of Cratloe a long time but a lot of people came into Cratloe,” he reflected, before pointing to some of the most influential imports to the parish.

“I think one of the most influential people that came into Cratloe in the early times was John Ryan. He scored the winning goal for O’Callaghan’s Mills against Cratloe in 1968. He could have been hung in Cratloe. John was the enemy but he came to live in Cratloe around the late ’60s or early ’70s. He threw his lot in with Cratloe as an administrator. He was absolutely fantastic. I would give John Ryan fantastic credit for the Cratloe situation. He was a brilliant administrator and was managing teams. John wasn’t an egotist. He was a man that got work done. He even started Scór in Cratloe that time. If you were able to sing or do anything, John was after you right away. He’s chairman of the club now and brilliant people came after him as well,” he reflected.

In his own playing days, Considine was hugely influenced by Martin Murphy.

“Another very important man that came to Cratloe in my time was Martin. He wasn’t the most natural hurler of all times but by God was he important to us. He played centre-field. He’d run all day. The day we were without Martin Murphy hurling with us, there was a cog missing,” he revealed.

“We were only intermediate but intermediate was a good standard that time. Martin would get the ball and get rid of it, he’d run with it or he’d kick it. He’d definitely kick it harder than he’d hit it. He was brilliant to train. He set a standard. He played football with Kilmihil and they won the championship in 1980. We played in the intermediate hurling final in 1980 as well and Martin played with us. Kilmaley beat us by a point over in Tulla. People were saying ‘Martin was working in Wexford but he’s coming back to train with Kilmihil’. That rubbed off on us. He’d give it everything. We were delighted to have a fella like Martin Murphy playing with us. You were elevated. He was high up there and I just feel that he has offered a lot to Cratloe,” Considine added.

Considine has found that some deep-seated attitudes towards the club have yet to dilute.

“I met a priest the other day. He said ‘you’re doing very well in Cratloe. We only always knew ye as a mickey mouse parish.’ This attitude would have been going back years ago.”

They are no longer a club not to be taken seriously, though. Not with the glut of talent that emerged four or five years ago.

“They had the talent and mentality. What they really needed then was the organisation. Cratloe were lucky that they had people like Joe McGrath, Colm Collins and Mike Deegan to organise these fellas. It’s ok having the talent but they were organised and brought into a set-up where they felt comfortable,” Considine feels.

Having managed Kimallock to championship titles in 2010 and 2012, Considine is well placed to judge what they are capable of.

“Whatever else Cratloe have played this year, the best hurling team they’re going to play are the team they’re going to meet next Sunday. There is no doubt in my mind about that. They have the same kind of attitude as themselves. They’re very, very dedicated and they have a big plus in that they are just concentrating on hurling. That’s a huge, huge plus for them. It will be a fascinating contest,” he predicted.
“Definitely, Kilmallock are in the best position after Sunday. Remember, this is the first time that Cratloe have had to handle defeat this year. How will they handle it and, more importantly, how will the team mentors handle it? They have a big job this week. What way are they going to react?

“But irrespective of what happens next Sunday, you have to hand it to these fellas. They have done something unique that we may never see again. They’ll never forget a year like this year,” he believes.

Considine can only admire Ger O’Loughlin’s managerial record in Limerick.

“Sparrow has a fair record in Limerick. He has four championships won there. The only team to have beaten Na Piarsiagh in Limerick or Munster in recent years is Kilmallock,” he said, before suggesting that O’Loughlin wasn’t helped during his two years as Clare senior hurling manager.

“Like a lot of us, he didn’t get all the help he needed either. I would say he didn’t get enough help. When you’re at any level, you need all the help you can get administratively and organisationally. Somewhere along the line the lines became crossed. Maybe we all made mistakes but he has proved himself at club level,” Considine added.

As for Cratloe, he is proud to say that it is his home parish.

“None of the top clubs in Clare can say that they did what Cratloe have done this year. None of The Bridge, Clarecastle or Éire Óg can say that.

“Someone said to me the other day, ‘ye have the hurling for a while but wait until the big boys come back again’. I said ‘who are the big boys now? Ye’ll never do anything as big as these lads’,” he concluded.