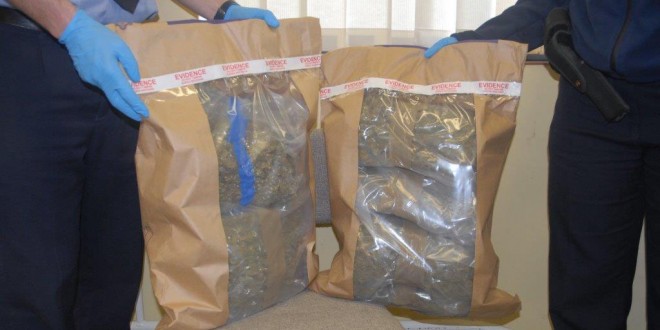 No easy ticket to rehab

THERE is no “quick fix” when it comes to treating someone entrenched in addiction, and it requires not only the will and desire to get clean, but a host of supports also need to be in place, according to the Probation Service.

Getting into treatment does not necessarily resolve the problem. According to Leah McGuire, assistant principal Probation Officer in the county, many pieces of the puzzle need to come together for it to be a success.

“It’s not a quick fix. Addiction builds up over time and people see abstinence as the only answer and the only way they’ll see improvement. Whereas if you are taking someone off heroin, down to nothing, that takes time. I think the criminal justice system has got to see it like that as well.

“A case might be adjourned for three months and [the offender] has got to get into treatment and get clean. They do it, and they might avoid prison. Then they come out from treatment, they have got clean and they have avoided prison and they say, ‘Okay, so why did I get clean in the first place?’ That’s where you need aftercare to be in place. That second part is what holds this in place, and they need that,” she said.

The Probation Service looks at the risks, the types of addiction services required, and education services. It offers a multifaceted approach to offending and works with the service user to address their offending behaviour.

“They may have the motivation [to address their behaviour] at one point but it’s about keeping that motivation up,” said David Kenny, regional manager, South West Probation Service.

He explained that many offenders departmentalise, and the Probation Service’s role is to show them what is leading them to offend. “These are the things they need to have an understanding of to change it, if they don’t, then it will lead to further relapse.”

Leah added, “If someone comes out from treatment – the supports like family and aftercare, they all have to come together. It’s like a jigsaw and that takes time. The aftercare is so significant. They go into treatment so wanting to change and to address the problem, and then they go back out into the community, where they are exposed to the old things again, and it is about building up supports around them when they go back into the community and that depends on what is available.”

The supports available in Clare include Sláinte in Ennis, and the HSE now has an addiction counsellor
in the area that will carry out assessments. “There are a lot of supports there to help them if they are being honest, but often they will hide things and try to manage it themselves, but you can only work with what’s in front of you,” she continued.

“Family too is so important, and although sometimes the problem lies in the family, where there is a supportive family network, it gives the person an added advantage,” Leah said. However, she noted that in addiction, familial relationships are often strained.

“Some would mention having drug debts hanging over them, and that’s where families become involved, and they are as much a victim in this as anyone else. They are trying to pay off the debts of their son or daughter. Then, if they relapse and start reusing, the parents are back in the same position again trying to deal with them. That causes a lot of trouble within families and yet to keep them stable they need their family wrapping around them. If they are constantly relapsing, then the family struggle to come to terms with it. If they go homeless, then that’s only going to increase their risk, not having that support around them.”

David explains that if family support isn’t there, and/or there is a housing crisis or a dysfunctional
environment, those are the areas the probation services look at too. If you only address one of the issues, “the chance of relapse is high because the others aren’t looked at as well”.

“They do need stability as much as they can. I think we do need to involve family, and that can lead to positive engagement, but that might not always be the case. Sometimes family might have started this. Unfortunately, at this point in time, it is a generational issue, particularly with heroin. When heroin came in, the people who were attending treatment fell apart and their children were minded by grandparents. I don’t have statistics on this, but I have found that, as the generations have gone on, the parents don’t have the parenting skills to mind the children, and the grandparents are gone. So that generation are coming up and they’ve never been given the skills [or] support and they are having children. Now you have children in dysfunctional situations and that is lending itself to the issue,” he said.

When it comes to heroin – and Leah stresses “heroin is here” in Clare – getting off it is not straightforward, as there is no service locally to detox.

“What you will find in Clare, if someone wants to try to do detox or a methadone programme, they have to go to Limerick. Say you live in Kilrush, then you have to factor in the expense and the time to get there…You’ll spend a total of four and a half hours travelling to get your methadone, and that’s not factoring in the cost of the bus. Then you have to consider the timing of the bus, because you have to get to the treatment clinic by a certain time,” she said.

On a very basic level, she outlined that most heroin users are on benefits, and the cost of the travel to Limerick to get on the methadone maintenance programme exceeds their benefits.

“It is an €18 return trip to Ennis but you have to go on from there to Limerick and you need to do that every day at the start to get yourself stable. In the main, no chemist in Kilrush will stock methadone, so then they have to come to Ennis [to continue the programme]. That’s where you are really vulnerable, because you are adding all of that, it is difficult to expect someone in that state to do this,” she said.

She said the idea of obtaining a free travel pass seems relatively simple to solve the cost issue, but she said, “you have to bear in mind the mind of the addict”.

“You don’t get handed free travel, you have to fill out a form and you have to go in and get it. If you are in the throes of addiction, you’re not able to sit down and write out a form. It seems very basic, but it all adds up”. She said their rehabilitation is dependent then on “If they can get that form, get that bus pass, get to Limerick, get the methadone.”

If a substance user wants to get into residential treatment, that isn’t easy either. “The different treatment agencies have different requirements of what they want the person coming in at. Some will want them clean off everything, and that can be very difficult. We don’t have a detox facility in Clare for someone who hasn’t the supports around them to get to that stage. The cost of rehab is difficult as well,” Leah added.#

She explained that everyone looks at their drug addiction in a different way, and this can shape how they deal with it.

“Some look at it as a disease of the brain, and that works for some people, and they understand it as a disease and that helps them with their recovery and they live with it as a day-to-day health problem. Others see it as a weakness of the spirit and they go along with the religious model, but at the end of the day, what works, is what works. We don’t push anyone in any particular direction. We give advice as to what’s available. It is up to the individual what works,” she said.

David said it is important for the justice system to be aware of that progression too, while balancing
it against the seriousness of the offending. “We have to protect society as well. We meet with them, we look at the risks, one of our functions is to engage with them, motivate them, and look at the positive changes. It is important to balance that against the risks of offending. Some may see the use as recreational, some see it impacting their lives,” he said.

He said it is important to look at substance misuse from a health perspective as well as justice model, and to try to figure out how to address drug misuse in the justice model. He also said the new national drugs strategy “is a step in the right direction.”