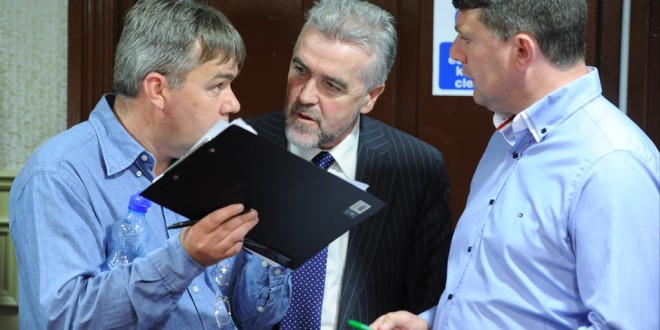 No Dáil bid for Flynn

Shannon-based county councillor Gerry Flynn has decided against running for the Dáil.

The independent councillor said he made the decision with a heavy heart but had concluded that it wasn’t possible for him to win a seat, particularly with support for Fine Gael rising.

He predicted that the electorate will punish Labour but that Fine Gael will perform well and will probably hold onto their two Clare seats.

Councillor Flynn said finance is part of the reason for not running.

“I have thought long and hard about it, I’ve looked at the opinion polls. I have also costed how much I would need. I’d have to have approximately €30,000 at my disposal to even think about it. The parties are funded by the taxpayer but, for me, it would be like climbing Mount Everest 10 times. There was no way Gerry Flynn was going to enter any race unless I thought I was going to win. From an economic perspective, for me it’d be next to impossible and I don’t see an independent seat in Clare at the moment.”

Councillor Flynn, who was once a member of Fine Gael himself, added, “If there’s one thing you get with Gerry Flynn it’s being straight and I don’t see it. I’ve been working hard over the past year, out there talking to people and weighing up everything. I’m a county councillor for a number of years and I first became a town councillor in 1999. I have seen it within the party system and outside the party system and I’m probably well placed to know how the system works. The PR and the spin that the Government are putting on things now is probably the best that I’ve ever seen. Fianna Fáil weren’t even as good as them. They’re doing everything so strategically now, they’re putting out the feel-good factor and people are convinced that the only show in town is Fine Gael.”

With fewer resources behind him than the candidates for the established parties, he feels the task would be impossible.

“They have everything in their war chest and for a person like myself, rowing my own boat if you’ll excuse the pun, the mountain is huge.”

He acknowledged he was feeling disappointed at how things are playing out.

“I am gutted. I put myself out there; I did my best to put myself in a position where I could contest it and have an impact. I do believe that if I were elected, I would make a difference for Clare because I would join up with like-minded people in the Dáil if I got there. At county level, I feel I am effective and I do bring up the issues. I couldn’t be happier with the positions I have in Clare County Council, chair of planning in the policy committee and chair of housing. I couldn’t be happier with how much I’ve achieved at county council level and I can’t really go any higher. I don’t have much interest in being the mayor because I don’t do the foreign travel stuff, so that wouldn’t suit me.”

He claimed that the current Clare members of the Oireachtas aren’t delivering in the way they should.

“I would have loved to see myself as having a realistic chance of winning a seat in the Dáil because then I would have the back-up of having a constituency office in Clare to serve the people. They [the Oireachtas members] have offices paid for by the taxpayer but I don’t feel they’re providing a proper service to the constituents.”

Councillor Flynn predicted around 46% of people won’t vote and said there are still serious problems facing the country. “We still have a housing crisis; we still have people who have to leave this country for employment.”

There may yet be a Shannon name on the ballot paper, as Senator Tony Mulcahy is interested in running for the Dáil for Fine Gael for a third time but he has not yet been added by the party.