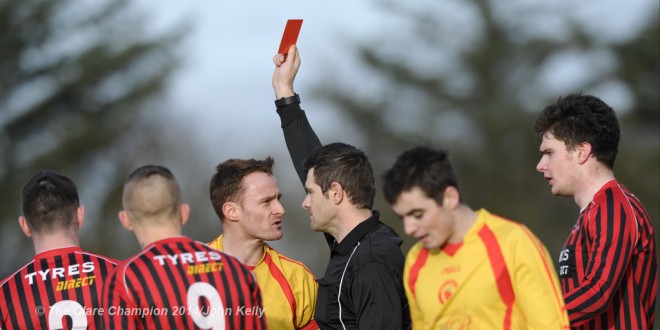 Mikey Mahoney of Avenue United A is red carded by referee James Ferns while playing Bridge United A in their Premier League game at Roslevan. Photograph by John Kelly.

Despite having two players sent off, Avenue United A earned a share of the points with Bridge United when the sides clashed in this premier league tie at Roslevan on Sunday afternoon.

The result means that Bridge United remain in second place with Avenue two points adrift in third spot. Leaders Newmarket Celtic A moved further ahead when they scored another big win over Lifford at McDonagh park and they are now odds on to win the title.

Despite the fact that there were no goals, there were plenty of talking points when Avenue and Bridge United clashed. Ten minutes into the game the home side were reduced to ten men when Paddy O’Malley was dismissed by referee James Ferns.

Bridge played with the aid of the strong wind in the first half but an Avenue defence, well marshalled by Eamonn O’Reilly, remained in control.

As half time approached, Avenue official Pat McDaid was send from the grounds by the referee after he, apparently, questioned a decision.

Early in the second half the home side were down to nine men when Mikey Mahoney saw red following a tackle on a Bridge United attacker.

The final quarter was dominated by the visitors but despite their best efforts they could not break down a strong Avenue defence. Indeed, they failed to trouble Avenue goalie David Phillips during this time.

On the day there were few scoring opportunities and the best one was created by the home side, seventeen minutes into the game, when Scott Hennessy’s lob over the advancing John Mulready was just inches wide.

The visitors had their best opportunity ten minutes before the break when Mike McNamara saw his pile driver go narrowly over the crossbar.

Meanwhile, leaders Newmarket moved further ahead at the top of the table when they, for the s econd time in a few weeks, scored seven againt Lifford A. The Ennis side started this tie with just eight players and were two down before their playing numbers moved up to ten.

Next week, the attention will switch to the race for the Clare cup with a number of first round games due to be played. 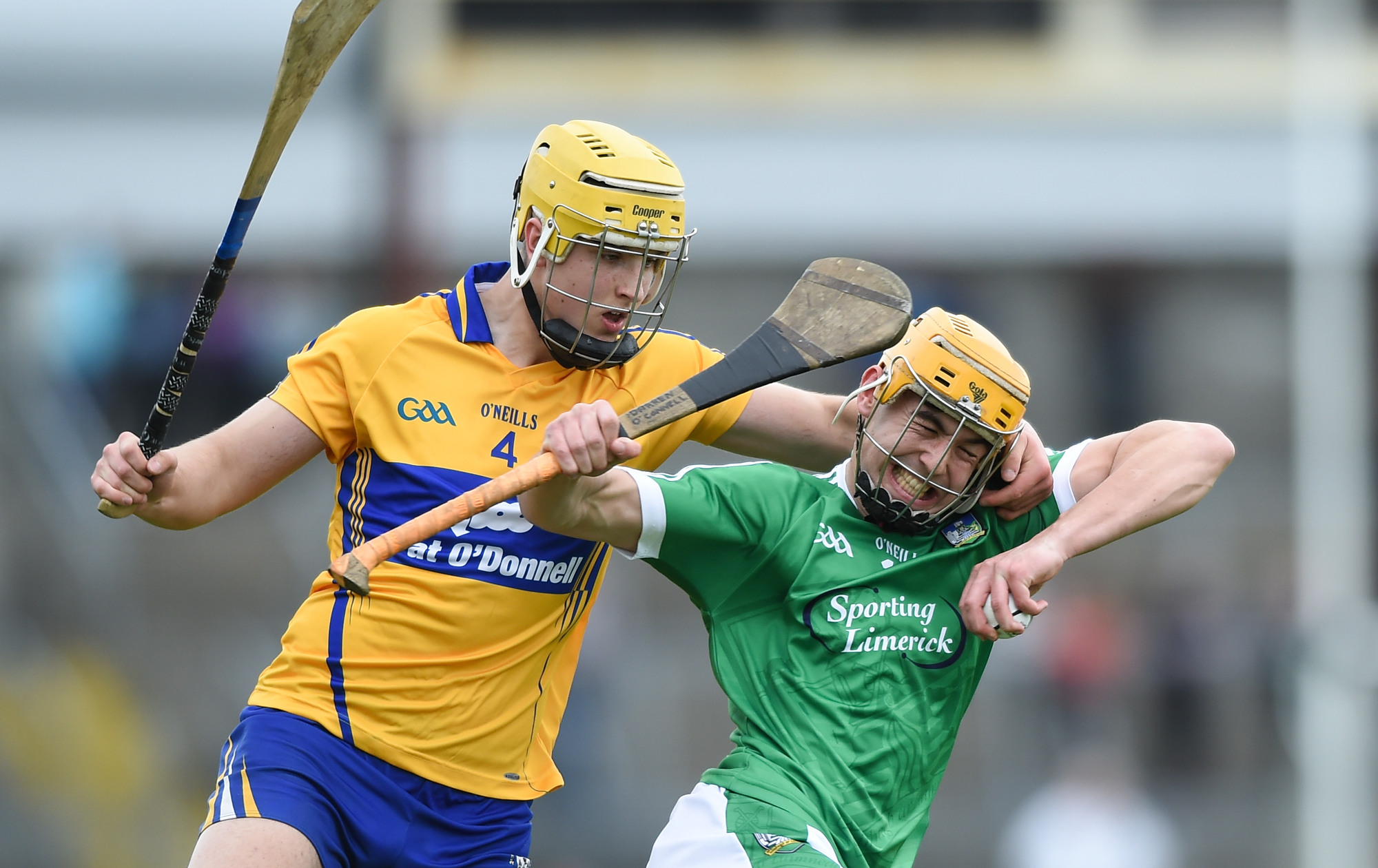