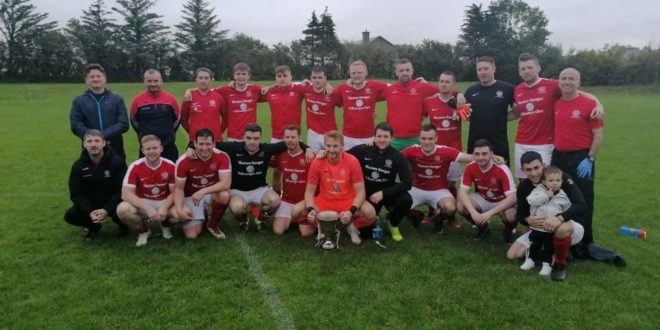 Mark O’Malley’s charges made sure of the crown with a 3-2 win over Avenue United at Roslevan, with that result leaving them 11 points clear with just two games remaining in the season.

Kevin Hartnett, David McCarthy and Ciaran McCoy all scored before the break to see the champions 3-1 ahead. Avenue pulled it back to the minimum in the second period but it wasn’t enough to turn the result around.

It’s a 19th top flight title for the club and also marks the second time Newmarket Celtic have won three consecutive Clare Premier Division honours. The feat was last achieved in the mid-80’s.

Thoughts will now turn to defending their Clare Cup title with action in that competition set to recommence in the coming weeks.