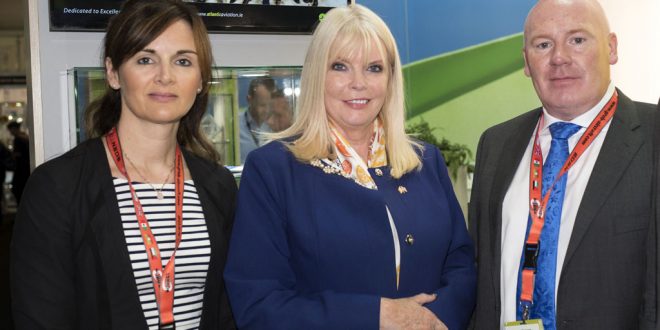 TEN new jobs have been created at Atlantic Aviation Group in Shannon, adding to an existing workforce of over 200 employees.

HR and training director, Caoimhe O’Donnell said, “We are creating a new project team of licensed B1 and B2 engineers and aircraft mechanics, who will add extra strength and flexibility to our existing aircraft maintenance workforce, as the company continues to grow over the coming months and years.”

The company are performing well, with expansion coming, according to CEO, Connor Flanagan.

He added, “This is an exciting time to be joining our company. We are in discussions with a number of major airlines for multi-aircraft contracts for the rest of the year and beyond. In order to meet the increased demand for our services, we are looking to recruit talented and ambitious individuals, who will add to the experienced team that we currently have.”

Formerly Transaero Engineering Ireland, Atlantic Aviation Group, purchased by Patrick Jordan in April of last year, is a maintenance, repair and overhaul company, which works with airlines, cargo and executive aircraft from around the world.

Its plans for the future include the expansion of its training facility and the company’s technical and design services.

Prior to last year’s takeover, the company had to go into examinership, giving it protection from creditors, as the then Russian-owned outfit was hit by the effects of EU-US sanctions and the rouble currency crisis.

The most recent accounts filed by the company were for the 16-month period up until April 30 of last year and they expressed confidence about its future. “The directors have reviewed budgets for the period to the end of 2016 and these indicate that the company will be in a position to meet its liabilities, as they fall due over that period. Accordingly, the directors believe that it is appropriate to prepare the financial statements on a going-concern basis.

“The directors are currently focusing on stabilising the business by growing the revenue line, looking at improved efficiencies and by reducing the cost base. Ongoing hard work is required but the directors are particularly encouraged by the support of staff, customers, suppliers and the local business community. The business is currently debt free, profitable and the outlook is positive.”