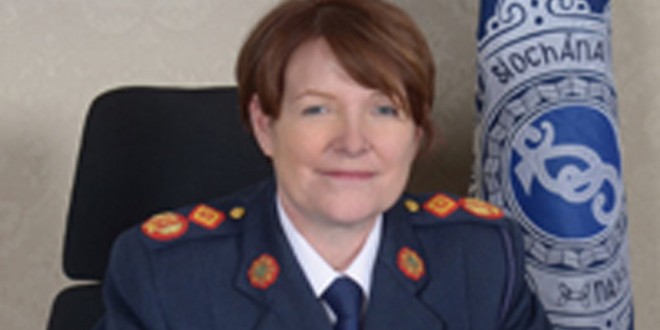 THE appointment of the new Garda Commissioner Noirín O’Sullivan has been greeted warmly by her relations in Clare and by the local chief superintendent who said she will “drive change” in the force.

Garda Commissioner O’Sullivan’s late mother, Betty (nee Coote), was a native of the New Road area of Ennis. Among her many relatives is former mayor of Ennis Mary Coote Ryan, a first cousin of Noirín’s late mother. Commissioner O’Sullivan’s grandfather, Johnny ‘Joker’ Coote was a well-known hurler and was a member of the Clare junior team that won the All-Ireland Hurling Championship final in 1914.

Speaking about the commissioner’s appointment, Mrs Coote Ryan said, “My deceased brother, Paddy, would have been very friendly with her and would have been at her wedding and spent a lot of time going up and down visiting her and I know he thought the world of her. All the family are very proud of her and she deserves it. She worked very hard as a young garda. We would have followed her career”.

Commissioner O’Sullivan replaced Chief Superintendent John Kerin as superintendent in the Garda College, with responsibility for specialist training, when he came to Ennis on promotion in 2000.

Chief Superintendent Kerin said he was delighted Commissioner O’Sullivan retained the rank. “In my opinion, it is well merited. She is a highly intelligent woman, highly capable, a hard-worker and is very direct and straight and doesn’t suffer fools gladly but is able to bring everyone along with her. In fairness, she will drive change and even before she became commissioner, she said whatever changes were necessary from the inspectorate report she would drive it”.

He added that the gardaí, as a force, believe that change is vital and has to happen quickly, and that the new commissioner has the capacity to drive that change.

“My own hope is that she will get the necessary funding to allow her invest in information technology, which we badly need, because she just won’t be able to drive the change unless she gets the resources to do it. If she gets the necessary supports, she definitely will make a success of the job because she is an extremely hard worker and she is very committed,” the Chief Superintendent said.

Commenting on the fact that Commissioner O’Sullivan has made history as the first female to hold the position, Chief Superintendent Kerin said many women are climbing the ranks at pace.

“It’s only in the last 10 years really that a significant number of females are coming into the gardaí. A lot of them are progressing through the ranks, some of them at speed, so that has never been a barrier to competent and able females. But it is a fantastic achievement to be the first female and it was a fantastic achievement given the opposition by some people for an outside person to be appointed, which I think made the appointment even more special for her and her family,” he said.

Fine Gael Seanad spokesperson on Justice, Senator Martin Conway, said he felt the new garda commissioner would bring with her the confidence of the force in her role. “She takes it over at a very difficult time and I think this move, to appoint someone within, will give the rank and file members a morale boost. The difficulty faced by the gardaí is not essentially with rank and file members but with the structures and systems in which they are working. I wish her the very best in implementing the 400-plus garda recommendations in the inspectorate report. I believe it is a good thing that we have a woman, for the first time, as garda commissioner, a woman who got the job clearly on ability and who has managed to steady the ship in the last number of months when things had gone into free-fall. It is also worth noting that a number of the senior justice people are women; the minister, the chief justice, the DPP and the Attorney General who is from Kinvara, Máire Whelan. I’m looking forward to welcoming her into the Oireachtas Committee on Justice in the near future,” he said.

Commissioner O’Sullivan joined An Garda Síochána in 1981 and has almost 30 years of professional policing experience across a wide range of both operational and administrative function areas and has worked in a broad range of police disciplines, at both national and international level. Although she never served in County Clare, she held responsibility for the county in her capacity as assistant commissioner in the western region, which she held from 2007 to 2009.