Home » News » Never Give Up, Face Things Head On

OPENING up about her battle with anxiety and depression, which led to suicidal thoughts, Fiona O’Brien, a 25-year-old psychiatric nurse from Kildysart, is encouraging people to talk, seek support and is reminding young people in particular that it is ok not to be ok.

Last Thursday was World Mental Health Day and this year’s theme is Suicide Prevention, as set by the World Federation for Mental Health.

Fiona qualified as a psychiatric nurse three years ago and had really been enjoying it but her life took a turn. The end of a relationship, coupled with pressures at work and societal pressures, led to her mental health beginning to suffer.

She explained that no one thing triggered it but just “life happened”.

“I suffer from anxiety and depression. It has been going on for some time. I worked through a lot of it myself. As I’m a psychiatric nurse, I know a lot of the things I need to do. I was down and I didn’t know what exactly was causing it. This was going on for ages and I worked myself out of it and was doing grand. But this time last year, I found myself going downhill again,” she said.

Fiona said she put a programme in place for herself and was doing what she knew she should be doing but it was a tough time.

“I was going running and doing different things. I had a friend, who is a psyche nurse too, tell me ‘you are definitely not yourself, maybe you should go to the doctor and see’. I went to the doctor and I started medication and it helped but also I got all of the side-effects from it,” she said.

While not everyone experiences this, Fiona was unfortunate to suffer suicidal thoughts as part of the side-effects and so she went off the medication.

“Why take something that makes you worse, to feel better,” she said.

During the Christmas holidays, festivities led to her drinking more than she should, which she admits she did to gain confidence. This affected her and brought her down.

“I was so low after that. There was just a lot of pressure at work. I went back to the doctor but I wasn’t fully open with the doctor. I was afraid,” she said.

She believed because of her job, that she would somehow be judged.

“I was always afraid, how would I be judged? I continued to see a counsellor. The suicidal thoughts did come back but they’d go when something else would come into my head. I was so confused. I couldn’t understand what was going on and I was asking myself ‘how does this make sense’,” she said.

Fiona moved home after spending six years in Galway and went to her brother’s house in Dublin to see her nephews. Afterwards, she decided to then call a doctor.

She sought help from a few different medical sources and met with a psychotherapist locally in Clare. It wasn’t until the third session with her that Fiona felt it was going to be positive.

“The first session with the psychotherapist, I thought this might be ok. The second session, I thought ‘no, this won’t work’. I went back for the third session and she literally just said the words to me, ‘You are sick and you need help’. After that, I didn’t look back,” she said.

Fiona said she felt vindicated and that was what she needed to give herself; a break. Up to then, she said, “I felt I had nowhere to go”.

“I remember watching the Laura Brennan piece, where her family were on The Late Late Show, and I remember thinking I’m so lucky to be alive. I could see my Dad’s reaction to this programme but I was thinking ‘why don’t I want to be’ [alive]. I felt so bad. When the psychotherapist told me I was sick, then it was validation for me really,” she said.

Fiona took a career break, as she felt the pressure of work was too great and while she loves psychiatric nursing she felt she needed to get away from it for a while.

She went back playing football, having stopped playing six years ago, and she found that brilliant.

She warned that society is having an effect on young people, in particular, with the pressures it places on them and she would like to see change coming there from Government to put in more supports in communities.

“Everyone is going non-stop. I feel that young people get blamed for a lot of things and it’s not our fault. There is a lot of pressure on young people. Life isn’t made easy for them. They need to invest in community services,” she said.

She explained that while there are services there, sometimes they can be difficult to access.

“My mother found a note I had written and got onto Pieta House but unfortunately, due to the way services are, they said I had to present myself in person.”

Fiona explained that more supports are needed for families, who do not know what to do or how they can help.

Fiona has always been one for sharing on social media and said this is the way life is for young people. Looking at her accounts, she said everyone would think for the past few months she has been “off living the time of my life”, yet she said it has probably been one of the hardest periods of her life.

As this week is Mental Health Week, Fiona wants people to know that “It’s ok not to be ok and it’s ok to talk”. She is in a good place now because the steps she has taken have had a positive effect on her. She explained that mental health affects people of all ages and in all aspects of life.

“It’s about getting it out there and talking about it. I’m a professional but I know it is ok to talk about it. Just because you are a nurse, a teacher, a guard or a doctor, you are still a person. I needed someone to listen to me,” she said.

“Don’t judge a book by its cover. You just never know what’s going on in anyone’s life. Although it looked like I was having the time of my life, unless you sit down and talk to me, then you wouldn’t know I’m not ok. No-one really knew how bad I was. But when someone listened to me, it was great for me,” she said.

She explained that there is always someone out there willing to listen. Fiona is doing well now and is taking a different medication, which is working well for her and she continues with therapy.

Her advice to others is, “I would say to people never give up, face things head on. It is hard but running away from it won’t solve the problem. I have a different perspective now, for sure. I’m extremely lucky I have great family support; I’ve great friends around me. For everyone, that’s not the case.”

Anyone affected by the details in this article can seek more information and support from Pieta House by calling 1800 247247, on their website pieta.ie or by logging onto www.mentalhealthireland.ie.

Carol Byrne is a reporter at The Clare Champion newspaper reporting on news in the East Clare area and the arts. She also covers the courts in County Clare and has received seven national awards for this coverage from the Law Society of Ireland and a National Lottery Local Ireland national media award for Best Community Story 2019. A Masters in Journalism graduate of NUI Galway, she also holds a Bachelor of Arts from the University of Limerick in Music and Media Studies, and a Higher Diploma in Irish Legal Studies. She began her career interning at The Limerick Leader and Clare FM, before taking up a full time post at The Clare Champion in 2006.
@@Carlsburn
Previous Kilmihil Eye Up Another Giant Killing In Munster LGFA Senior B Showdown
Next Mary Considine appointed Chief Executive of Shannon Group 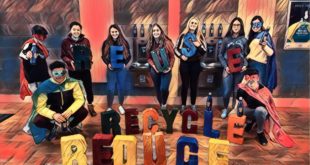 COROFIN-based artists and book binder, Éilís Murphy continues to fly the flag for an age-old …