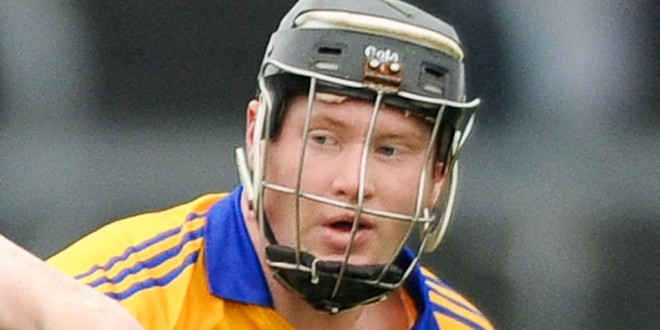 TO many GAA followers in the county, the championship semi-final meeting of arch rivals Sixmilebridge and Newmarket was the game of the year, so it’s not surprising that there is a lot of interest in Saturday’s Clare Champion Cup final between the two sides.

Even though it is too late in the season to be playing such games, the attractiveness of the pairing should ensure a big crowd in Clonlara for 1pm.

After almost two months without a competitive fixture, Newmarket accounted for Kilmaley in the semi-final of the league two weeks ago.

Their opponents in the final haven’t had a competitive outing since they bowed out of the Munster club championship last month at the semi-final stage, going down by a point to Ballygunner from Waterford.

When the teams clashed in the championship, Sixmilebridge won 3-17 to 2-18, and went on to claim the county title. For much of that game, a draw looked the likely result.

The ’Bridge went into that game without inter-county man Seadna Morey and veteran Niall Gilligan. The introduction of both helped them win the tie, as did the arrival of county minor Gavin White.

That said, Newmarket had reason to rue some missed chances and they should at least have earned a draw.

In the early stages of that game, Newmarket’s Stephen Kelly caused huge problems for the Sixmilebridge defence and they were forced to switch captain Paidi Fitzpatrick to full-back to keep tabs on him. It is likely that the ’Bridge skipper will be handed the task of marking Kelly again this week if, as expected, both are in their respective line-ups.

Aidan Quilligan, the Moreys, Jamie Shanahan and Shane Golden are just some of the key players in the Sixmilebridge side, while Newmarket will be looking to James and Mike McInerney, Enda Barrett, Stephen Kelly, Eoin Hayes and team captain Colin Ryan to give them an edge.

In addition to earning the bragging rights over their neighbours, there is also the prize money that is available (€3,500 for the winners and €1,500 for the runners-up), courtesy of competition sponsors, The Clare Champion.

Both clubs are likely to have similar line-ups to the championship clash, as both chase what will be the last title on offer on the Clare club calendar for 2017.

The sides that lined out in September were:

Neighbours Newmarket and Sixmilebridge will contest the Clare Champoin Cup final on Saturday.
Previous Everest hero is Clare person of the year
Next Disappointment in Kilkishen