Home » News » Musician Hill feared for his life during assault 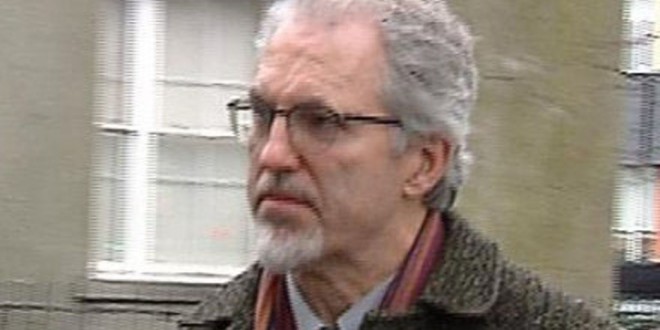 Musician Hill feared for his life during assault

A CONNEMARA builder will be sentenced in July for an assault on Clare traditional Irish musician, Noel Hill in a pub toilet seven years ago, which has left the victim with life-long injuries.

Michael Folan, 55, from Teach Mór, Lettermullen, County Galway, had initially pleaded not guilty to a charge of intentionally or recklessly causing serious harm to Mr Hill, 56, contrary to Section 4 of the Non-Fatal Offences Against the Person Act 1997, at Tí Padraig Mairtín Beag in Leitir Mór, Connemara on St Stephen’s Day, 2008, when his trial opened before a jury at Galway Circuit Criminal Court last November.

He changed his plea to guilty on the second day of the trial, after Mr Hill gave harrowing evidence of the injuries he sustained on the night to a stunned jury.

Plastic surgeon, Patrick McCann had told the jury that Mr Hill’s left eye socket had been pushed back into his skull “like an egg in an eggcup” and he had replaced the damaged bone under the socket with titanium mesh in 2009.

Sergeant Ronan Mahon told the sentence hearing on Wednesday that Mr Hill had been in the pub that night with his partner and was attacked from behind when he went to the toilet.

He was standing in a cubicle with the door open and looked over his shoulder to see the accused standing behind him. He was then viciously assaulted and received several punches to the head.
Mr Hill knew the accused as Michael Bartley Mharcuisin Folan, a builder who had carried out work on a house Mr Hill was renovating in Pointe, Carraroe.

During the assault, Mr Hill emerged from the cubicle and was punched severely in the mouth and left eye. He was knocked to the ground, where he was kicked with full force in the head and body.
He spent three weeks in hospital and underwent lengthy reconstructive surgery to his eye socket.
The court was told in November that Mr Hill suffered a fracture to his skull and his left eye was driven back into his skull.

“He continued to beg for mercy but got no mercy and he thought he was going to die. At the time he fell to the ground, the punches changed to kicks, which were directed at the side of his head.
“Three kicks to his left ear caused his spectacles to pierce his ear lobe. Another kick broke his left cheek bone. There were more kicks to his left eye and his skull was fractured. His left eye was driven back into his skull. The whole incident lasted a couple of minutes,” prosecuting barrister, Conor Fahy said at the time.

“I was certain I was going to die. I had a near-death experience. I saw my late father and uncle and my father told me I was not ready to join them. In my mind, I believed Michael Folan intended to kill me that night,” a tearful Mr Hill said.

“I am a professional musician but I cannot play for long periods anymore. My left side is still weak, six years later,” he said.

The court heard a dispute over payment for the renovations Folan had carried out for the victim was the reason for the assault and that the matter had been in the hands of their solicitors at the time.
Judge Rory McCabe said this had been a sudden, extremely violent and sustained attack. It had been cowardly and despicable and carried out against a backdrop of work carried out on a house and a dispute over money.

He said Folan decided to take the law into his own hands, even though the matter had been in the hands of solicitors. “Nothing can justify what he did,” the judge said.

However, hearing Folan has serious health issues himself and is now attending counselling for alcohol and anger management issues, he decided to adjourn sentence to July 9, indicating it was unlikely Folan would escape a custodial sentence then.