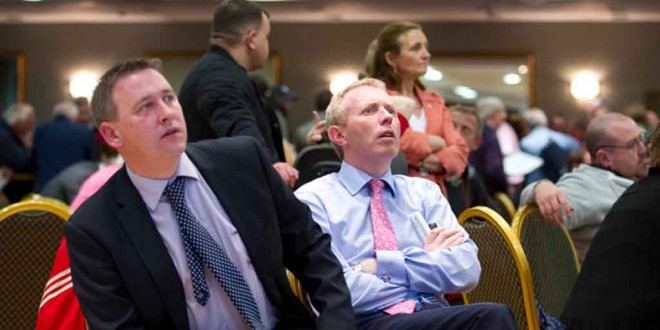 DEFEATED Ennis Fine Gael candidate said that he was taken aback at his ninth count elimination yet he remained philosophical, suggesting that there was more to life than winning or losing elections.
“It came as a surprise but that’s life, that’s politics. I wouldn’t say I’m disappointed. These things happen in life and you just get on with it. There’s always another day. I’m a very positive person in life. I have my health and I have my family and what more do I need?,” he said in the aftermath of confirmation that his chances of winning a seat were dashed.

However he said that this defeat may not be his last election campaign.

“I’d rule nothing out. I haven’t fully analysed it yet. In time I will. That’s the result and I accept it. For the last five years I’ve worked at it and what more can I say. I’d like to thank my supporters, the people who voted for me and my canvassers. I had a good team.,” he added before stating his immediate priorities.

“To live my life and enjoy it. I have a grandchildren born this year in Ireland. I had one born in Australia last year. I’m a grandparent with two grandchildren and that’s the next generation,” the Ennis man concluded.