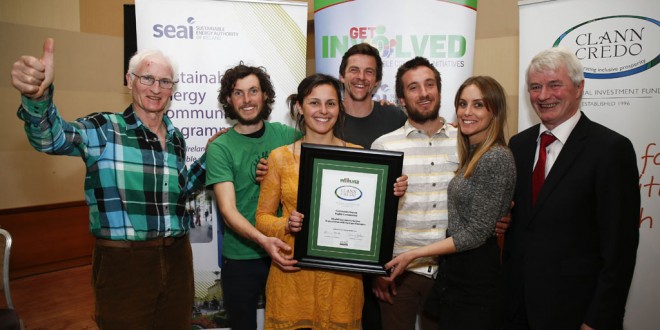 MOYHILL Community Garden finished second in the Sustainable Community section of the 2015 Get Involved Community Award presentation ceremony, which was held in Dublin last week.

The North Clare-based group was also highly commended in the Community Impact section.

In their presentation, the group told the gathering at the Crowne Plaza Hotel in Blanchardstown that they had visited Community Supported Agriculture (CSA) in the UK in an effort to establish their own one.

Green Party General Election candidate, Fergal Smith heads up the Moyhill group and he told The Clare Champion that reaching the national final was a positive experience for them.

“Local Ireland seemed to like our idea and, when the judges came down, they seemed to be really into it. They loved the concept and they see we are going for it but it might be seen as a bit of a risky project for most people because they don’t know how it’s going to turn out. It was great to get the idea out there. That was a huge thing for us,” he said.

Others invoved in the Moyhill group include Matt Smith, along with his partner, Sophie and Mitch Corbett. They all helped to establish the community garden before purchasing 17 acres nearby in a effor to to expand their operation.

The garden in Moy grows a huge variety of fruit and vegetables and, for much of the year, people visit on Friday evenings and enjoy the social setting. It also features an underground glasshouse, which they dug out the space for. They purchased the half-acre garden two and a half years ago and were given a grant for a community orchard, which helped them to plant 60 fruit trees.

Mr Smith is hoping that more young people become involved in farming, which he feels could ensure the viability of small holdings.

“That’s my biggest drive. If you don’t inspire young people to give back to the land, it’s a sad future for rural Ireland. It’s what I’m really passionate about and I’m lucky in that I have got friends on the same wavelength. But I’m hoping that more young people can see that farming and the land is not a thing of the past. It should be a highly respected job in the community.

“Any job that brings the community together is more important than just making money. I feel that we only have 10 or 15 years and it will all change. About 60% of our farmers are over 60. It’s either going to go one way or the other. Either we’ll get a huge influx or young people or those farmers will get bought out and there will be a lot less farmers,” Fergal Smith noted.

David Burke, president of Local Ireland and managing editor of The Tuam Herald, in his welcoming address said all the projects presented were about community.

“Member titles of Local Ireland highlight the key issues that are necessary for these communities to survive and thrive. Our titles have a gross readership of 1.5 million people outside Dublin and Cork cities. We inform, give leadership and support to all that is good in our communities. We have been around for over 150 years and have invested for the future with our multi-platform news.”

Duncan Stewart, award-winning architect, broadcaster and environmentalist and chairman of the judging panel, commended all participants for the quality of the projects and for their unstinting commitment to making their communities more sustainable for the future.

“I can see this initiative being in every community in Ireland over the next 10 years. If it’s not, then those communities will die because they are facing massive challenges. The impacts of climate change are coming upon us very quickly.

“We have seen it in Ireland with the flooding. I think the only solution is going to be a bottom-up movement and you are the pioneers of this movement. It is only through local collaboration that we can turn it around and capitalise on these opportunities,” he warned. 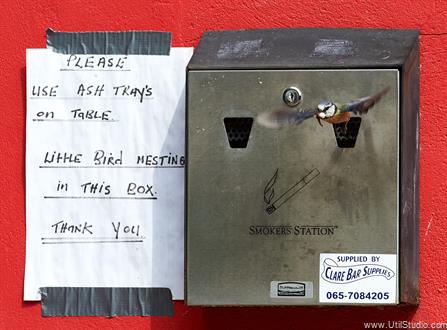