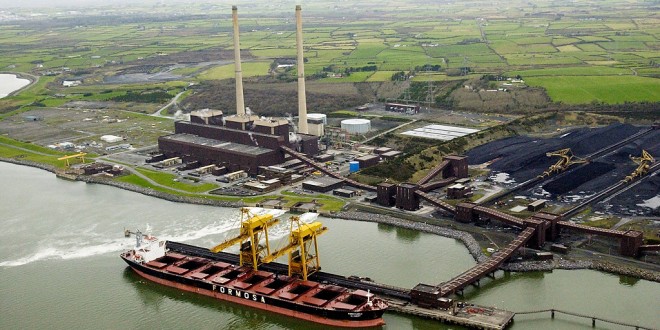 WORKERS at Moneypoint have been warned that the only way the plant can remain viable as a coal burning station even until 2025 is if they quickly accept the terms being offered to them, which would see at least 106 employees made redundant.

A letter, sent by station manager Seán Hegarty to the workers, warned that the plan must be in place in just over two months. “The survival plan for Moneypoint is time-bound and has a limited shelf life. If this survival plan is rejected, there is not sufficient time for another process to conclude in time for the October 31 deadline, when this Voluntary Severance Scheme is closed and in time for bidding costs into the T-1 and T-2 auctions that give us a chance of success later in the year. In the absence of this survival plan, the existing costs of Moneypoint are not sustainable and will not continue.”

The letter, which is extremely frank, also stated, “Moneypoint station is heavily loss-making and this survival plan gives Moneypoint its only chance of remaining viable as a coal-burning station up to 2025. In the absence of this survival plan being delivered by October 31, the existing costs of Moneypoint are not sustainable and will not continue (we have no other options for a non-viable plant).

“In summary, it is critical to ESB and the staff in Moneypoint that we embrace this opportunity for survival.”

He claimed that the best possible conditions are being delivered for workers and that he believes “the survival plan meets the needs of ESB, the unions and Moneypoint staff”.

The letter said that external financial advisors would be at the plant on Monday, Tuesday and Wednesday of this week to assist staff and help them understand the implications of voluntary severance for themselves.

Meanwhile, Cathaoirleach of Clare County Council Cathal Crowe wrote to An Taoiseach Leo Varadkar to express his concerns about the situation at Moneypoint.

In his letter, Councillor Crowe wrote, “The Irish Government has a 95% stake in the ESB and I am asking you, as Taoiseach, to show leadership and intervene on the Moneypoint issue. Ireland needs much more infrastructure to be in place before it is in a position to cast aside coal-burning generating plants.

“There is a need for reason to prevail as our country transitions to a low-carbon future. The workers at Moneypoint are deserving of more engagement with the board of the ESB. Their jobs should be retained until a sustainable future for the plant has been secured.”

His letter was subsequently transferred to Minister Richard Bruton, who wrote back saying the Government has a limited role.

“I should advise that ESB is a commercial State company and the matters you raise are primarily for the board and management of ESB and not ones in which I, as minister, have any statutory function.

“Nonetheless, I am acutely conscious of the impact that recent developments have had on the employees of ESB, their families, and the local community as a whole. Rest assured, I am monitoring the situation closely.”

Minister Bruton added, “Moneypoint is operating in an increasingly competitive energy market, with growing volumes of renewable sources of electricity in the market and is actively competing to sell power and to acquire capacity contracts for the plant. It is in light of this competitive market that ESB needs to realign Moneypoint’s operation and resources.

“I am advised that ESB has opened a dialogue with employees on the challenges facing the plant and set out proposals for a reconfigured option for running it. Addressing this challenge will take time to manage and finalise,” he stated.

Owen Ryan has been a journalist with the Clare Champion since 2007, having previously worked for a number of other regional titles in Limerick, Galway and Cork.
Previous Pence now expected in Clare on Monday
Next Off the Fence With Fergie O’Loughlin