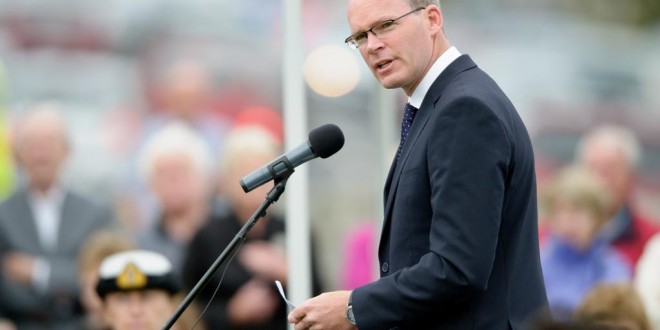 When Agriculture Minister, Simon Coveney visited Liscannor on Sunday to participate in the John P Holland commemorations, he took time out to reassure Clare farmers that the Government is striving to help those who need it.

His comment comes and pressure grows on State agencies and Clare County Council to redouble their efforts to assist farmers whose lands were hit by flooding in January and February. Many farmers are living in fear that there will be a repeat of the serious flooding unlesss repairs and restoration works are addressed immediately.

Minister Coveney was given a tour of the worst affected arears when he visited Clare shortly after ther storms had abated.

Clare IFA Rural Development chairman, Seamus Murphy said they want the county council and the relevant government agencies to ensure the engineer’s report they had commisioned document is acted on before the bad weather returns.