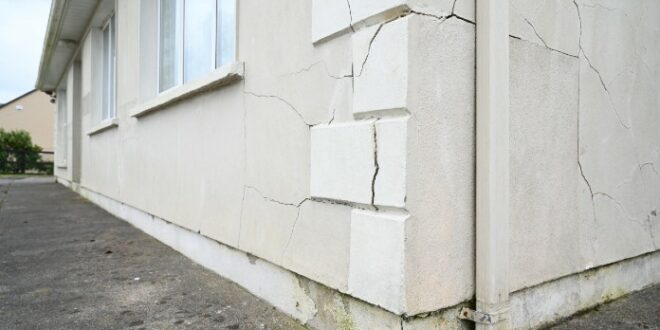 SHARP criticism has been directed at the minister for housing, after he refused to help to Clare homeowners who believe their properties are affected by defective building materials containing pyrite or mica.

One local TD has estimated that over 40 people in this county may be affected by the materials which can cause severe structural damaged to buildings, and that many others have not yet come forward.

Following the setting up last month of the Clare Pyrite Action Group, the personal experiences of a number of homeowners across the county have been reported by The Champion.

The situation in this county was raised in Dáil Éireann last week by Deputy Cathal Crowe and the Sinn Féin housing spokesperson Eoin Ó Broin, with Housing Minister Darragh O’Brien ruling out any extension to Clare of the existing remediation schemes.

Dr Martina Cleary, the founder of the action group, has hit out at the fact that Minister O’Brien when in opposition, slated the government’s failure to do more to support affected homeowners and the limitations of the existing Pyrite Remediation Scheme.

“Considering Darragh O’Brien was so vocal on the need to extend the scheme, when he wasn’t minister, it’s a disgrace he is taking this stance now,” Dr Cleary said.

Last year, the Fianna Fáil member was involved in a heated exchange in the Dáil over the then Minister Damien English’s stance on the scheme, which is limited to homeowners in parts of the midlands and East, who have severe damage who have defective material in the hardcore flooring materials.

Speaking in 2019, the now minister raised concern about some of this own constituents who were unable to access the scheme. “I would really hope that we would look at expanding the scheme to deal with these people to give them some hope,” he told the Dáil. “Or at the very least look at, should remediation works be carried out by those individuals, that they would at least be able to receive the tax back on that or to be able to write that off against future income. There are thousands of people who have been unable to access the scheme.

“A formal review of the scheme through the joint committee would be a way to proceed,” he added “We must look at other options here because there are hundreds of households with nowhere to go.”

Last week, as Minister for Housing, Deputy Murphy said he the two schemes for affected homeowners were “schemes of last resort” and that there were no plans to extend the Defective Concrete Blocks Grant Scheme beyond Mayo and Donegal. He said that any changes to the Pyrite Resolution Board’s remediation scheme was a matter for the board as an independent body.”

In a Facebook post, Dr Cleary said, “As a politician who is well informed on this matter, and also the Defective Concrete Block problem, why is he now refusing to extend the Remediation Grant to County Clare? He has been campaigning for years for the extension of any assistance available for his own constituency, as a TD.”

The North Clare woman said The Clare Pyrite Action Group would continue to put lobby political representatives on the issue and would look at every option available to the homeowners affected.

Fiona McGarry joined The Clare Champion as a reporter after a four-year stint as producer of Morning Focus on Clare FM. Prior to that she worked for various radio, print and online titles, including Newstalk, Maximum Media and The Tuam Herald. Fiona’s media career began in her native Mayo when she joined Midwest Radio. She is the maker of a number of radio documentaries, funded by the Broadcasting Authority of Ireland (BAI). She has also availed of the Simon Cumbers Media Fund to report on development issues supported by Irish Aid in Haiti. She won a Justice Media Award for a short radio series on the work of Bedford Row Project, which supports prisoners and families in the Mid-West. Fiona also teaches on the Journalism programmes at NUI Galway. If you have a story and would like to get in touch with Fiona you can email her at fmcgarry@clarechampion.ie or telephone 065 6864146.
Previous Traffic calming measures planned for the Turnpike
Next Councillor Murphy seeks improvements in diabetes treatment