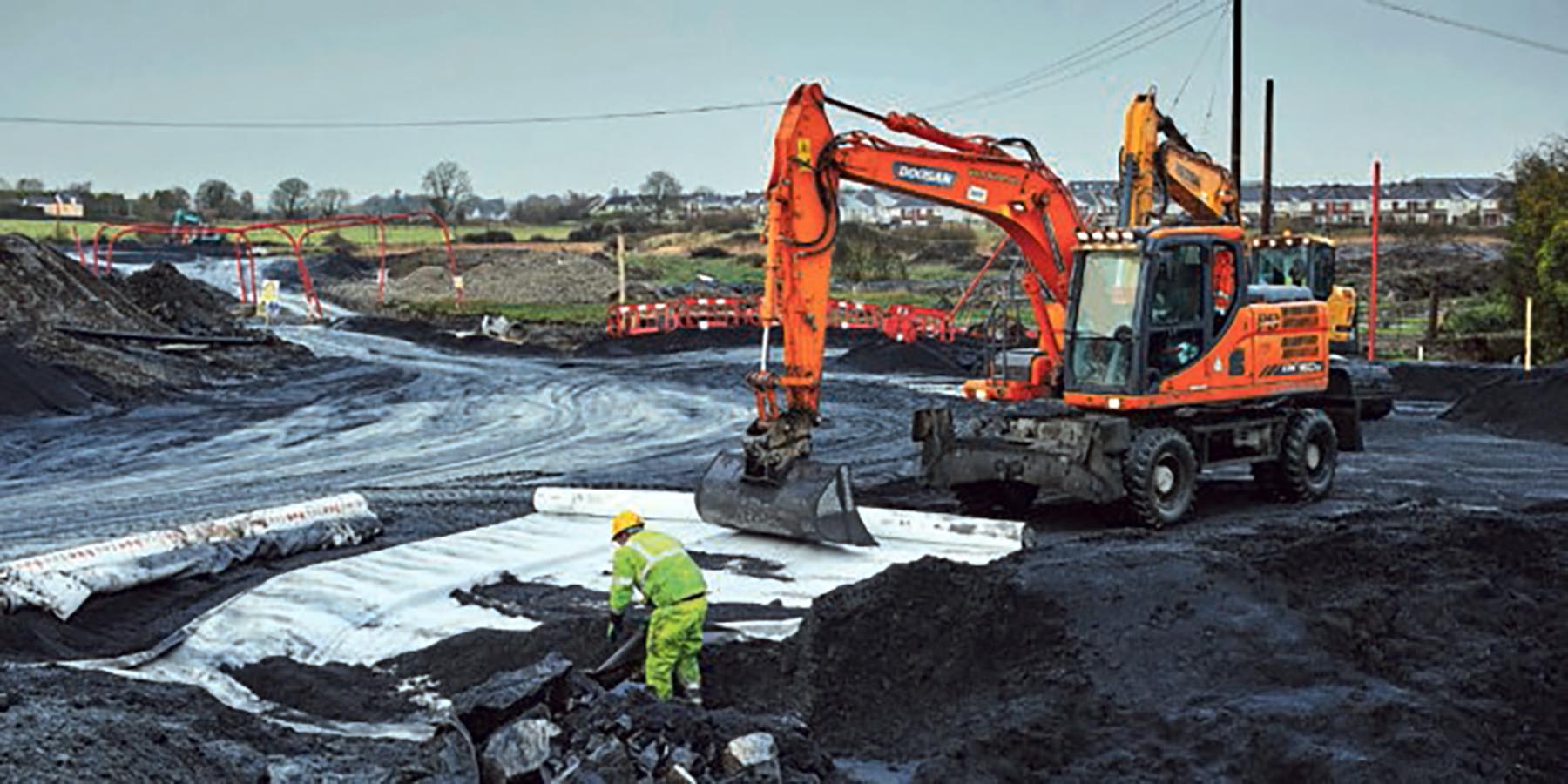 Work underway on the Northern Distributor Road at Coonagh Roundabout in Limerick. Photograph by John Kelly.

TRANSPORT Minister Eamon Ryan has bowed to considerable political pressure to finally approve the completion of the final phase of a €58 million major road linking Coonagh with Meelick.
Questioned several times by Clare and Limerick Dáil deputies from all parties, Minister Ryan had stated he was continuing to consider the recommendation from Limerick County Council regarding the award of the main construction contract for the scheme.
This had prompted stinging criticism locally that it meant the final phase of Coonagh to Meelick Distributor road was being effectively shelved.
However, Deputy Cathal Crowe has now welcomed Minister Ryan’s confirmation on Limerick’s Live 95 FM that “Phase One of this long-awaited project can finally go ahead”.
Deputy Crowe said this news on Wednesday brought an end to a significant amount of doubt over the future of the entire project in recent weeks, which has been 12 years in the making.
“I’m grateful that Minister Ryan has taken time to consider the merits of Phase One of this project and that it can now proceed immediately, and a contractor is in place so construction could very realistically begin this side of the summer
“Already, there is a causeway built along the Coonagh to Caherdavin stretch of the roadway, composed of large boulders with an earth embankment.
“There is already an extensive network of drainage of sluice gates in place and the entire corridor from Coonagh as far as Meelick has already been fenced off.
“The road will incorporate approximately 10 kilometres of new footpath and 10 kilometres of new cycleway and it will open up South-East Clare to new opportunities, also alleviate traffic problems in South Clare and the north suburbs of Limerick City,” he stated.
Joe Carey also welcomed the decision on Wednesday. “Common sense has prevailed and I welcome the decision made by Minister Ryan. I look forward to Roadbridge starting work as soon as possible. It’s tremendous news for Clare and Limerick and it’s great for connectivity in the region.”
The Construction Industry Federation (CIF) had in recent days joined Mid West Dáil deputies who have criticised the delay in approving  the project with fears locally it would be  shelved.
CIF southern region director, Conor O’Connell stated that the road was vital for communities on the northside of Limerick City.
“It is part of a matrix of projects in the region that will facilitate sustainable levels of housing in the area to meet population demands.  This road is part of the National Development Plan, the Limerick Regeneration initiative and is part of a very important pipeline of projects for the industry,” said Mr O’Connell.
“The cancellation or alteration of this project will result in delays of several years due to the duration of redesign and procurement processes in Ireland.”
Mr O’Connell opined that this would inevitably lead to job losses in companies in the region that are part of this project and the wider supply chain.
He added that it was “vital to the construction sector and indeed the wider economy that the project proceeds without any further delay”.
“CIF urgently request that the Minister and local politicians reconsider this project in the context of a “Better Quality of Life for All” and the Limerick Regeneration initiative and the wider objectives of the NDP and NPF,” he explained.
Forming part of the Limerick Northern Distributor Road, this new distributor road will provide an urban style carriageway between Coonagh Roundabout and Knockalisheen Road.
The first phase of the project, which cost in the region of €8 million, was completed in 2018. The construction of the main contract is estimated to cost €35 million.
Along with the construction of the new dual carriageway, the scheme also provides for two kilometres of major improvements to Knockalisheen Road with footways, cycle ways and verges, one kilometre of minor improvements to Cratloe Road and a 0.6km link road to Moyross with footways, cycle ways and verges.
The development works will incorporate the diversion of live services including ESB, foul sewers, water mains, gas mains and telecoms and the provision of new foul and surface water sewer piping for Cratloe Road along with road lighting, traffic signals and other ancillary works. The works  are anticipated to take 30 months to be completed.
Share

Walks at windfarms proposed for Clare