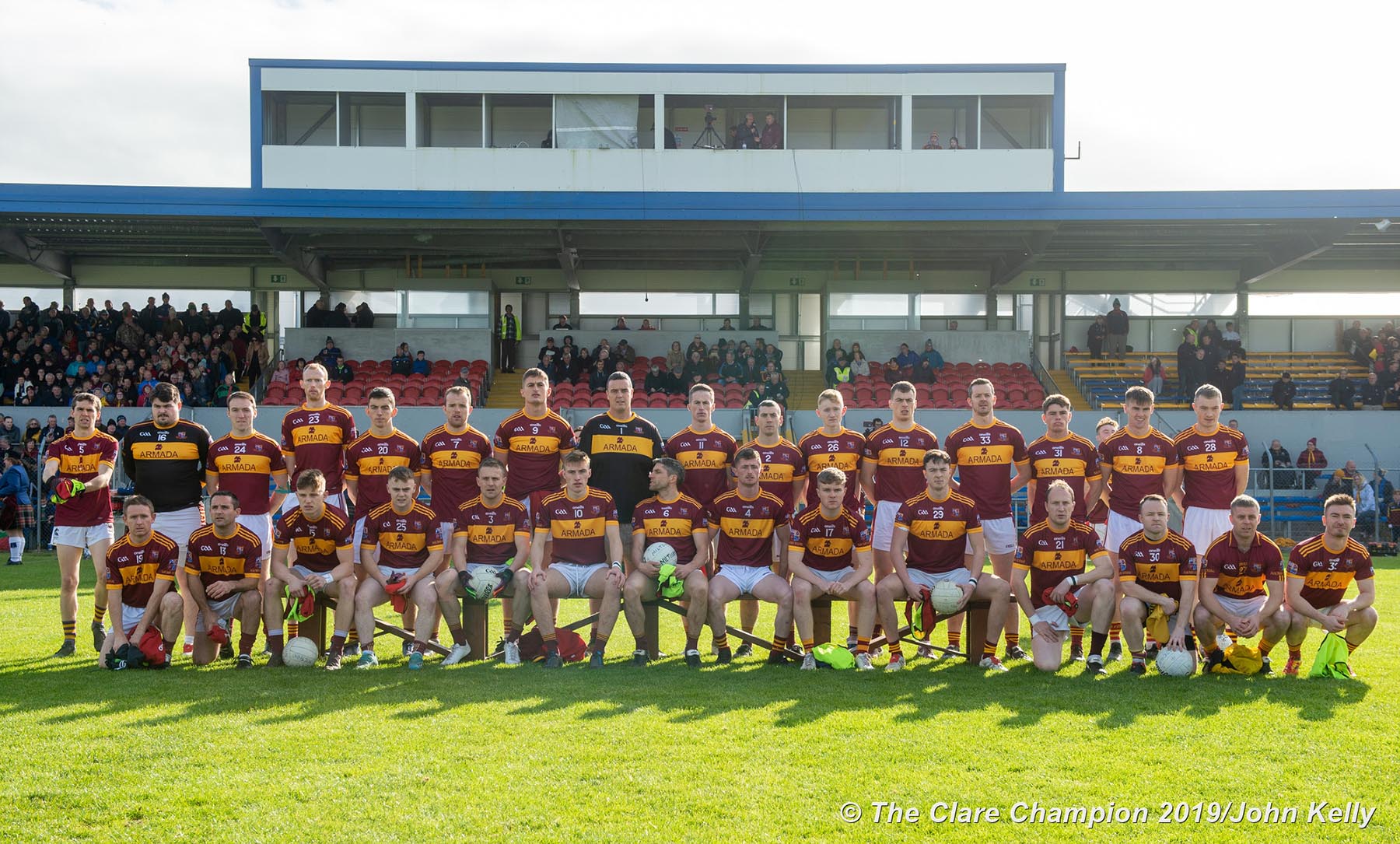 After putting Clare senior football titles back to back for the first time in 116 years, St Joseph’s Miltown begin their quest for successive Munster final appearances this Sunday.

David O’Brien’s charges welcome newly crowned Waterford champions Rathgormack to Hennessey Park in Miltown for a provincial quarter-final, with the Deise outfit having captured their first county title in 20 years with victory over Ballinacourty three weeks ago.

Miltown captured their 15th title with victory over Kilmurry Ibrickane in a dramatic replay and O’Brien admits the effort involved on both days took its toll.

“It has been good and there has been a great buzz around the place. We more or less took the week off after it because there were a lot of tired bodies and probably more so tired minds after what was effectively three weeks of a county final as it turned out. Lads were just wrecked and there was just that huge relief at the final whistle and I think that carried over to the days that followed it too. We did a light bit later in the week but then we had the U-21’s out which meant we couldn’t do much at the weekend because we have a lot tied up in that. At this stage now we are just patching lads up and hoping they will be ready for what’s ahead” he said.

Just five days after winning the title, six of the Miltown senior panel were back in action last Friday night as they beat Parteen-Meelick in the opening round of the U-21B football championship, and followed that up less than 48 hours after with a hard fought quarter-final win over Lissycasey. Those wins came at a cost with Oisin Looney and Micheál Murray suffering injuries on the Friday night, and O’Brien feels it’s a situation that cannot be allowed to continue.

He said: “We will hold our tongue on that for a while but it is not right. It is a brilliant competition but asking players to play twice in the first weekend of November in the space of 48 hours is not good. You add in the fact that some of those lads have been involved in two county finals in the lead up to it and then are expected to play Munster club again the following weekend. You are essentially asking them to play 5 huge championship games in that period of time and the knock on from that is we picked up injuries last Friday night with Oisin O’Looney and Micheál Murray. They weren’t able to play in the Lissycasey game on the Sunday and we may not see them this weekend either. Injuries can happen at any time but we are not helping ourselves by playing these competitions at this time of the year. We have been lucky for the most part up to the last couple of weeks. Kieran Malone had been managing his shoulder injury for a lot of the championship but got a bad bang at the end of the county final and he hasn’t been able to do anything since so we will probably have to plan without him. The replay was probably the first day we played the same team two days in a row so we have gotten to see plenty of players. We have six lads involved in the U-21 set up with the likes of Jamesie O’Connor and Euan Reidy who did really well for them and probably wanted the game. Zack Whelehan and Cian Flanagan probably came through fresher than everyone and were really good so those lads will be putting their hands up now for places this week because there are a lot of lads tired and carrying knocks. We will be down a few so we will have to just go with it”.

It is not the first time in recent years that Miltown have hosted a major Munster championship game, as they overcame Kerry champions Currow by 1-8 to 1-7 when they clashed in West Clare in the Munster intermediate semi-final in 2013. O’Brien says while there is an occasion to cater for, it is what happens between the four white lines that will determine how it is remembered.

“It will be a great occasion around the town and there will be a great atmosphere but behind it all, it is about going out to try and win a game and perform. We had that occasion in 2013 and it was the perfect scenario in that we got the event and the result. If we had been beaten, then the whole day and the event would not have counted for much. Rathgormack are going to come all guns blazing and they are somewhat like Miltown were in 2015 having broken a long run without a championship. They will cut loose because they have the freedom now to go at it and they have been very impressive. We have seen a good few videos on them and they are very impressive” he noted.

The Jack Daly and Cusack Cups might now be safely secured, but O’Brien is not expecting anyone to be thinking about that on Sunday.

“I don’t think the pressure is off because in fairness to all the lads in this group they set the standards so high that there is always pressure to deliver. When you set the targets that these Miltown players set for themselves both individually and collectively the pressure is there to reach them. It was something we spoke about in the last week because even though we won the replay, we did not come close to reaching some of those targets. We were way down on tackles and were way up on turnovers so there are all those things to work on. We got lucky because on the day, Kilmurry turned the ball over as much as we did and their tackle rate was down a bit too so it was just luck that it cancelled each other out. We know now heading into Munster club that you are up against teams who will finish you if you let your standards drop. They enjoy it and I think they like the idea of carrying that mantle of representing the county. Over the years they would have gone to support the likes of Kilmurry and Cratloe when they got to this stage because you are now representing Clare. For years I am sure our lads would have been looking on saying that they would love the chance to do that. In 2015, it all just happened so fast. The target for the year was to win a championship and everything went into that and there was probably nothing left to give. Last year, they embraced it and they really went after it and they were disappointed not to win Munster. You can see now with them this week, there is no talks about winning anything but it is all geared toward going after the process and taking the game that’s in front us and we know that it is a game that we will have to be at our very best to have any chance of winning” he concluded.