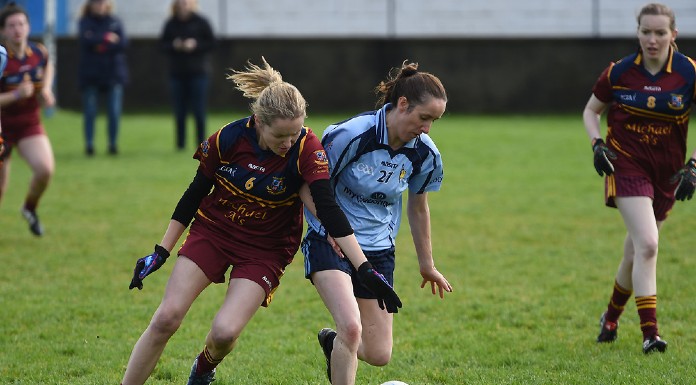 For a large part of the early part of the millennium, these two sides were the dominant forces at senior level in Clare ladies football. Since then, both have gone through difficult periods and both have also suffered final defeats in the last decade.

This represents a great opportunity for one of them to make that step back up to the top tier and it will be a game that will likely go to the wire. That has been the case on the previous occasions that they have met this year so Sunday should be no different.

The semi-final performances for both sides will have presented plenty positives while also shining a light on areas that need attention. Miltown were in rampant form in the early part of their win over Burren Gaels with an early goal blitz setting the tone for the contest. The manner in which the North Clare side managed to raid for three second-half goals to cut the deficit will be of concern for Graham Kelly and his management team, and they will no doubt be hammering home the message that nothing more than a 60 minute performance will get the job done.

Cooraclare were forced to battle before eventually seeing off the challenge of Liscannor in their last four tie, as they recovered from the concession of an early goal to run out winners. They were without county star Roisin Looney but Shauna O’Gorman provided the scoring threat on the night with 0-9 of her sides tally.

Match ups will be as vital as ever and the battle for the middle third will be crucial. Miltown’s pairing of Caoimhe Carmody and Maeve Coughlan will likely pair up with Niamh Conlon and Keeva Corry, while Looney is also an option to take up that role for the Sky Blues. Miltown’s half-back line were impressive in their semi-final win and offer an attacking threat along with their defensive duties.

Grainne Meade, Eimear Keane and Amy Sexton will carry the bulk of the scoring threat for Miltown with all three finding the net last time out. Shauna O’Gorman will need more assistance in the scoring stakes for Cooraclare with only Aislinn Hehir getting on the scoreboard from the inside line.

It is likely to be a game that will produce plenty of scores and on that front, it looks as if Miltown might have the edge. Their movement up front against Burren Gaels created plenty chances, but they will need to maintain that level for the full hour if they are to be crowned champions.

Miltown manager Graham Kelly says he is delighted with the response he has gotten from his players this year and is in no fear his players will acquit themselves admirably, whatever the result in this Sunday’s intermediate final against Cooraclare.

His side are rebounding from an average year last year, but the difference in form between 2018 and 2019 is huge, Graham says.

“We are really looking forward to the final this weekend. All I ever wanted for the girls this year was to just perform for themselves and to throw everything at the game that they had. To be honest, this is a bonus to us, a real bonus to be in the final. I just wanted the girls to be able to compete. After a kind of bad year last year, I just wanted them to be competing. They have surpassed what I have asked of them so far.”

Graham is very happy with the youth coming through and breaking onto the squad and says they have added a real boost to the team this year.

“I got involved with the minor girls last year, and I saw it in them. Anything you asked them to do, they did it with no questions. If you asked them to go through the wall for you, they would. A lot of the same girls are now involved with this year’s intermediates, so I think they have made a big difference to the team. Their work rate, their commitment and their self-discipline is brilliant,” Graham said.

Miltown Malbay and Cooraclare will know each other intimately as they face off this Sunday as this will mark the fourth time the teams take each other on this season.

“We played them in the first group stage and if I remember correctly, we beat them by a point or two. We had already played them in the league, and then the league final a few weeks previous to the first round of the championship, and they beat us. So, it is always tight between the two teams, and this will the final encounter.

“I think Cooraclare have lost the last two finals so they will have learned a lot from those two seasons and finals. If we can stay with them throughout the game, you never know what can happen in the last ten minutes then, it all comes down to what happens on the day,” Graham concluded.

For Cooraclare ladies captain Orlaith Reidy, Sunday’s final showdown with Miltown will see her come face to face with a group of players that she is very familiar with.

When the Sky Blues were unable to field their own team in recent years, it meant that those looking to continue playing the game had go elsewhere and Miltown was where Reidy ended up.

She is now back with her native club and will be hoping to provide a steady hand at the edge of the square as they bid to reclaim their place in the senior ranks for 2020.

Reidy says this is the point of the championship they wanted to reach.

“We had huge disappointment against Doora Barefield in the final last year. We were ahead for large parts of the game but the last few minutes just caught us and we lost by a point. It was really disappointing but we have regrouped again and I think that we are stronger this year because of it so we are ready for this weekend and what it will bring. We have learned from it and even in the league final against Miltown, we said that there was no way we were going to lose a final again and we went out with a really positive mind frame and got over the line. We were delighted to win that league final but now it is the championship that is in our sights” she said.

Sunday’s clash will be the fourth between these sides in 2019 with one win each from their two most recent encounters. Reidy feels that rivalry will bring added spice to proceedings.

“We have played them a few times this year and there really has been nothing between the sides in any of those games. We are hoping to get a bit of revenge for that loss in the group stage which was the last time we met them. We had a good win over Liscannor in the semi-final and it was hard fought. We were missing a few players that night and had injuries so we were nervous that evening. We regrouped from a slow start and ground out a good win. It will be another final against Miltown on Sunday but hopefully it will be an enjoyable one too” said Reidy.

Cooraclare were competing in senior finals at the beginning of the decade with their appearance in the top tier decider coming in 2012. Reidy says there is an ambition within the club to get back to that level.

“It is a huge goal for us to get back up to senior. We got a bit of a beating back in 2012 and we lost a lot of experienced players to retirement after that. The likes of Eithne Morrissey, the Lillis contingent, Niamh Chambers and all those real stalwarts retired after that game. Since then we dropped down and even lost our team for a few years so it meant a few us ended up actually playing with Miltown and won a championship with them in 2015. It would be brilliant to go and do that now with our own Cooraclare team on Sunday and get back up to senior because it would just be fantastic for the club” she concluded.