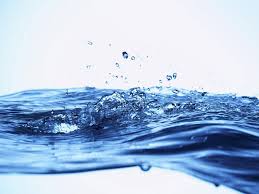 A potentially lucrative export market to Bahrain, and possibly the greater Middle East, has opened up for organic water company Clare Spring in Lissycasey, which may lead to the company having to increase its current workforce of 15 full and part-time staff.

Clare Spring has been approached by a fledging Bahrain-based firm, Bahsham, whose directors include Kilkee man Tom Byrne and Bahraini national Adel Al Sammak Bahraini, both of whom visited the plant on Monday.

“The two of us set up the business with two other partners. Our idea is to import foodstuffs from Europe because organic goes down well in Bahrain and Saudi Arabia. We’d be hoping to order one 40-foot container per month. There are 26 pallets per container and each pallet weighs one tonne. We’ll be doing a mixture of glass bottles for hotels and plastic bottles for the shops. We’re also going to supply dispensers. Most of the houses over there have dispensers because you can’t drink water from the taps. They buy it in bulk. We’re not changing the design of the bottles, apart from putting the contents in Arabic. That will be the only change to the label,” Tom Byrne, who lives in Bahrain and works in Saudi Arabia, explained.

“The water they have over there is desalinated. There is a market for organic spring water, from a source in Ireland especially. So I suggested that we go and talk to these guys and we’re putting our first order in today, for a 40ft container of water of mixed sizes. It’s for the market in Bahrain initially and then Saudi Arabia. This will be our first order in the whole of Europe. We’re fairly confident that it will sell,” Mr Byrne added.

“That’s what we’re hoping for. Our ambition here is to turn this facility into a 24/7 operation. We’re constantly looking for volume business and new customers. We have 15 staff between full and part-time employees. This is day one for us with this project. We don’t know where it’s going to go but we’re hoping that it will create more jobs and that we’ll be running double shifts here as a result of it,” Mr Connellan told The Clare Champion.

Adel Al Sammak said he was impressed with the Clare Spring factory in Lissycasey.

“I have been to many factories in the Gulf and this is one of the cleanest factories I’ve seen. The land here looks like virgin land with no pollution. It is a very clean source of water. The process which the water goes through here for filtering is very advanced. I think we’ll have a very bright future with this kind of water,” he predicted.
Mr Byrne is confident his company can penetrate the broader Middle Eastern market. “Currently, there’s no established brand from Ireland in the Middle East. Clare Spring, hopefully, will have a profile in six months’ time. We have a lot of clients lined up to buy, including the American Fifth Fleet in Bahrain, along with hotels and supermarkets. We then want to expand into Saudi Arabia, Iran, Iraq and Egypt.”

Mr Byrne has been working in the Middle East for three years. “I’m an architect by profession and I got a gig out there. I live in Bahrain but I work in Saudi. There’s a 26km causeway connecting the countries. I used to commute and I bumped into Adel. He said ‘you’re Irish. The Irish have a great reputation for organic food and greenery. Can you suggest any food?’ So I suggested here straight away. We’re also going to target the airlines, including Etihad and Gulf Air, to see if they will take on board the water,” he added.

Paul Connellan said the development is an exciting one for Clare Spring.

“To date, we have only exported to the UK and the Netherlands. The thought of exporting to Bahrain is very exciting for this company, which is a small company in the West of Ireland. It wouldn’t have come about but for Tom Byrne. Tom is the link. He was asked by Adel to source European suppliers and given his Clare connection, he came here and gave us the opportunity,” the Clare Spring managing director stated.

Lissycasey county councillor, PJ Kelly, who discovered the water from which Clare Spring source their product, expressed delight at the development. “This is a result of patriotism, enterprise and Tom Byrne,” he said.