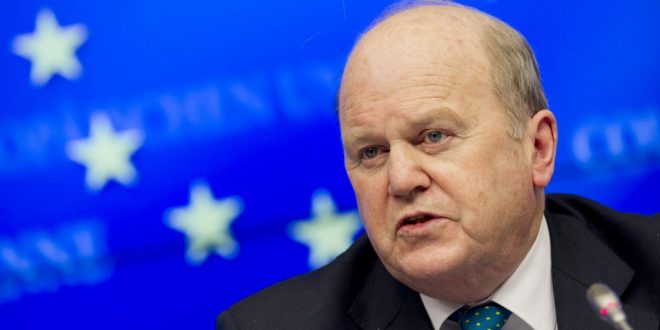 A day after Enda Kenny stepped down as leader of Fine Gael, the Minister for Finance Michael Noonan has announced that he will not be contesting the next General Election.

A TD for Limerick City, Mr Noonan’s constituency exends into a small area of South East Clare. He is a former leader of Fine Gael.

Labour TD Jan O’Sullivan, has paid tribute to her constituency colleague, saying, “Michael Noonan will be remembered for his contribution to the economic recovery of this country as Minister for Finance, working alongside Brendan Howlin as Minister for Public Expenditure.

“He has also made a substantial contribution to Limerick, and as minister I found him to be a constructive and supportive colleague in Cabinet.

Concluding, Deputy O’Sullivan said, “We worked together on many issues that matter to Limerick and its people over the years, and I wish Michael well in the future.”

Fine Gael TD and Minister for Finance has announced he will not contest the next election.
Previous Katie’s €120k gold standard CF legacy
Next Bringing new colour to Ennis