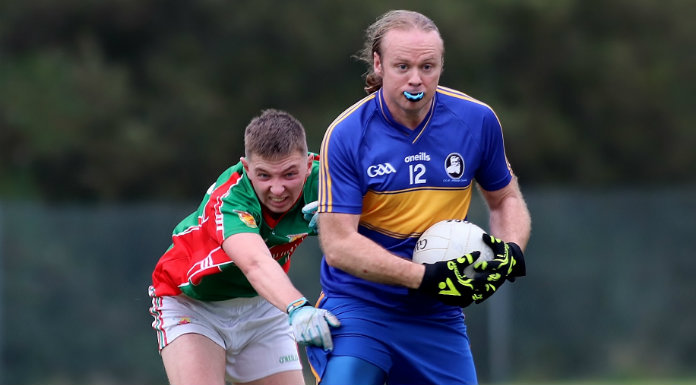 Clare champions Michael Cusack’s are the last Banner side to get their provincial campaign underway this weekend when they go to Austin Stack Park in Tralee to take on the Kerry champions Na Gaeil.

It is the second year running that the North Clare outfit are out in Munster action, but this time they are doing so as the title holders. 12 months ago they took on Beaufort at this stage but suffered a heavy 5-23 to 0-4 defeat. They came into that game having lost the Clare Junior A final to Eire Óg but will be carrying winning momentum this time around.

The history books over the last few years do not make pleasant reading for Clare sides in this championship. Outside of Coolmeen’s run to the final in 2015, you have to go back to 2007 to find the last Clare side to win a game in the championship when O’Callaghan’s Mills also reached the decider. The roll of honour is also heavily stacked in favour of Kerry sides with all bar three of the championships since the turn of the millennium going to Kingdom sides. It is the third successive year that Clare and Kerry teams are meeting in this championship with Naomh Eoin losing out to Dromoid Pearses in 2017 before Cusack’s suffered their reversal last year against Beaufort.

Their last outing came at the start of October when they claimed the Clare Junior A title with a 2-9 to 0-6 win over the Banner in the decider. Manager Pat Davoren says while the gap between games has been a challenge, he is hopeful they can put in a strong performance.

“It is always tough when there is such a gap between games like that, and when that gap comes after you win something it makes it that bit harder because there are always the celebrations to be had. We have had a few weeks off and got the ball back rolling now. It is a great position to be in really because while we were also here last year, this time we are there on merit and we are going down as champions. It was totally different last year because there was a feeling that we were only fulfilling a fixture whereas now we deserve to be there. It is a Munster semi-final and that is not to be sneezed at. It is going to be a big occasion and the lads are in a really positive frame of mind. It is a great opportunity and we are just trying to instil that into them that these games don’t come around too often” he said.

The game is being held in Austin Stack Park in Tralee with Kerry senior star Jack Barry among the Na Gaeil ranks. Davoren is looking forward to taking them on in such a famous venue.

“It is huge to play there for our lads and playing against the likes of Jack Barry and these lads is great. For a club like us, you don’t get an opportunity to have a crack at those lads too often so it is exciting. The lads realise that too so there is pep in their step ahead of it now” he noted.