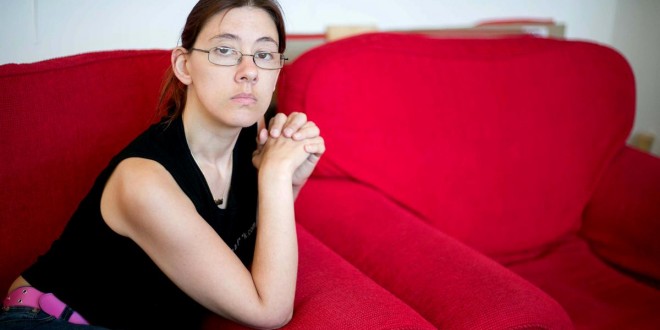 An Ennis woman, who recently tried to take her own life, has appealed for changes in the general admission and treatment policies for people suffering from severe psychological and emotional distress.

Aisling Byrnes, aged 36, claims she was discharged on her own from University Hospital Limerick recently, without a care plan or a request for a family member to take her home, despite being under high observation while she was in the hospital.

She has decided to speak about her recent experience to try and ensure no other patient experiences the same serious deficits in the regional mental health system.

Her experience has prompted Liam Minogue of Emotions Peer Support Centre (Peer) to request the Mid-West HSE to conduct an urgent review of general admission and treatment policies for people in crisis.

The Mid-West HSE hadn’t responded to a number of queries from The Clare Champion at the time of going to press.

Ms Byrnes, who suffers from borderline personality disorder, recalled that she was feeling apathetic and very low. After a “silly row”, she admitted she couldn’t forgive the other person and really took it to heart.

On June 3, she spoke to volunteers at Peer in Ennis, where she has received huge support in her extensive efforts to turn her life around. This included achieving 10 distinctions in a community and health services course.

Usually, when she speaks to volunteers at the centre, she feels a lot better.

However, on this occasion, Aisling was still feeling very low and attempted an overdose, having not engaged in self-harm for 27 months.

She was rushed to the emergency department at Ennis hospital, started to have a seizure and the decision was taken to transfer her to University Hospital Limerick.

“I remember leaving the person who was with me at the door and I don’t remember anything after that. There was no doctor available to go on the ambulance so a nurse went instead.

“I woke up the next day in the high-dependency unit in Limerick and I thought I was in Ennis.

“The doctor said I was lucky to be alive when I arrived in Limerick as I was almost unconscious,” she said.

She was transferred out to a medical ward containing mostly elderly women and there was a security camera placed over her bed, as she was deemed to be at risk of suicide. A care assistant was with her all the time, even when she went to the toilet or took a shower.

“When I got out of the bed, the nurses asked me to get back in, I didn’t argue with them,” she said.

When a doctor came to see her on June 5, she recalled telling the medic about the alleged consumption of drugs and alcohol in the Ennis Psychiatric Unit and claims the staff are aware of this activity.

Ms Byrnes claimed a doctor told her this would not be a good environment to provide treatment for her but she couldn’t admit her to Acute Psychiatric Unit 5B at UHL because of her Clare address. She believes the doctor would have admitted her to 5B if the system allowed her to do so.

She was discharged on Friday, June 6 and told she could go home, she says without the hospital contacting any next-of-kin or family member to inform them a vulnerable patient needed to be taken home.

Mr Minogue said Aisling should have been given a care plan before she went home.

Her fiancé, Colin McCarthy, said the day hospital was not even informed that Aisling was in a Limerick hospital.

Aisling got a bus into the city and travelled to Ennis by train on her own and called into the Emotions Peer Support Centre, where staff spent two hours with her.

Mr Minogue said their main objective was to keep Aisling safe over the weekend. Colin took possesion of all the medication in their house.

“I was crying all weekend, I was very down and I was fighting with everyone. I didn’t know what to do or where to go for help. I felt the services were shrugging me off as a nuisance. You get so much help and hope in the Emotions Peer Support Centre and then your hopes are dashed when you look for treatment,” she said.

It was recommended she should spend a few days in the EPU but, when this was checked out, she was told there were no beds available and advised to go home.

Ms Byrnes asked to be referred to St Pat’s in Dublin but she couldn’t get a referral.

Last February, when efforts were previously made to secure an out-patient’s place in St Pat’s, she got a letter back, which stated she could get the same treatment in EPU.

She was told that someone would ring her with an outpatient’s appointment the following day but this didn’t happen and she had to ring to get an appointment.

Mr McCarthy, who is doing a course in Limerick on how to besupportive of his partner, said his hands were tied as nobody seemed to be listening.

Aisling, Mr McCarthy and Mr Minogue have all completed the suicide assist awareness training programme, which states that anyone at risk should not be left on their own until they are in professional care. 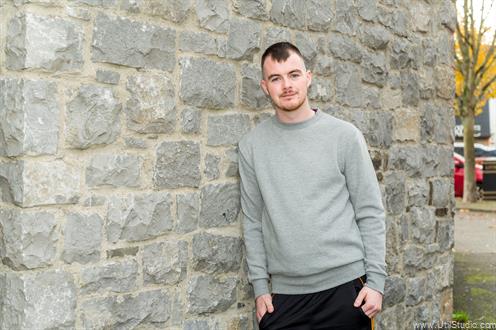 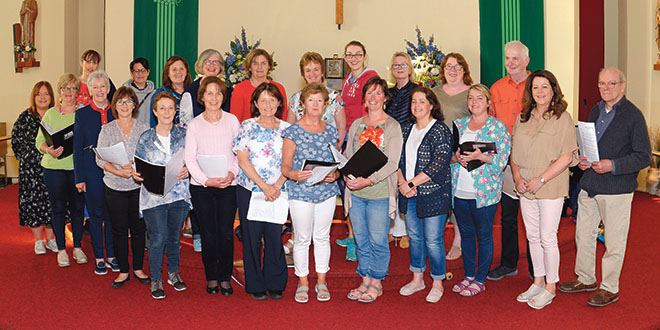