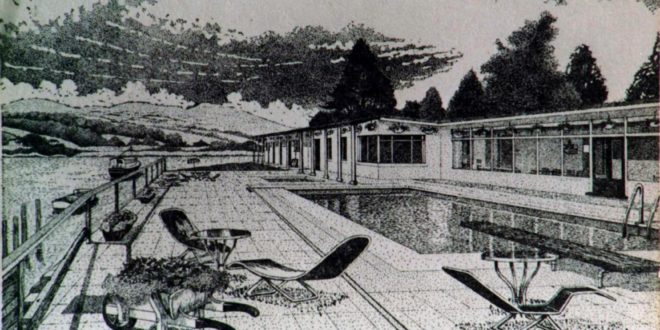 THE halcycon days of water skiing in Killaloe and Ballina have been recalled this week following memorabilia unearthed by a local historical society.

Deirdre Griffin, nee McKeogh, was involved in the first Killaloe Country Club, which was a small leisure facility in the Lakeside Hotel in comparison to the big club, which was subsequently developed.

When the small club was in existence for about a year in the early sixties, Ms Griffin remembered the opening of the marina when she was just 16 years of age by Donald Campbell, one of the fastest speed boat racers in the world.

“I have very good memories of the small country club. There was a great atmosphere in the small club. I was driving the speed boats for water skiing for about three years in 1962, ‘63 and ‘64.

“We had a few speed boats back then. A lot of our skiers came down from Dublin for the weekend. People like the Johnson brothers and Des West, who had a jewellery shop in Grafton Street. It was a hub of water skiing in Ireland and we used to host the international water skiing championship.

“It was brilliant. Hector Newenham brought all this to the area at the time,” she said.
She recalled on one occasion one of the speed boat racers didn’t turn up so she was asked to take part and stay out of everyone’s way.

However, she surprised people by winning the first race and came second in the second race. She believes the Killaloe Country Club was one of the first of its kind in the Mid-West at the time.

“Ballina and Killaloe used to be totally packed on a Sunday. Cars used to be parked right out the canal bank in Killaloe looking at the water skiing.

“The international water skiing championships would be held in September, which was a huge event. The Killaloe Country Club, which had a huge bar, attracted a lot of people. It was beautiful.

In 1972, the Lakeside Hotel was purchased by an Irish financial institution for almost £250,000 Irish pounds. The new owners took over from Eddie Newenham, architect, and his son, Hector,

who were the owners for the previous 15 years.
The deal included the 38 bedroom hotel, the Country Club with 500 members, heated swimming
pool, club bar speedboat and waterski facilities and a caravan park.

As part of the deal, the marina, which was leased by Bill McCormack of Crusing Crafts continued as a separate entity.

According to media reports at the time, the new owners plan to introduce a fresh policy, which will include big developments of this natural resort, which has been described as the “Parknasilla of North Munster”.

The Lakeside was originally run as a hotel by the McKeogh family, Ballina, then it was owned by Captain Duke and then taken over by the Educational Building Society.

The Newenham family bought it for about £16,000.
Under Hector Newenham, Killaloe it developed considerably and he promoted the introduction of waterskiing to the country and later the European Championship.

After Hector Newenham, a man named Doyle bought the Country Club in 1973 and employed Ronnie Kersley as a manager.

Society secretary, Deborah Dudgeon has discovered from her research that even though the Country Club was members only, staff used to get in.

Popular facilities included a sauna, solerium, swimming pool and a small one for the kids where

The Country Club served bar food every day and the bar could go on half the night.
“They had a dome that was put over the pool in the winter when it was out of use and the dome was used as a greenhouse in summer to grow vegetables. It took off in a storm one night.

“There were staff houses where the apartments are now for staff that weren’t local or came working for the summer.

“There was waterskiing every night during the summer, locals used to come down to water-ski every night and they would have members coming out at the weekend.

“Fishermen started complaining about too many people using the lake for waterskiing so it was moved to O’Briensbridge perhaps in the late 70’s.

“The management knew that it wouldn’t work that well without the waterskiing so they bailed out at that stage,” she said.

The Killaloe Ballina Historical Society have also discovered a number of interesting advertisements for the Country Club.

On May 15, the Irish Independent carried an advertisement entitled “beautiful weekend or longer at the Lakeside Hotel, Killaloe, County Clare – beautiful grounds to the lake, swimming pool, sauna, baths, solarium, massuese and beautician, riding centre, County Club facilities and excellent cuisine”.
Another advertisement published on November 13 1976 invited people to organise a “private or office party” at the Killaloe County Club. 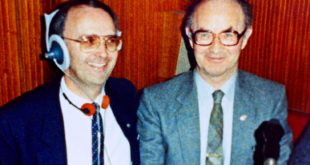