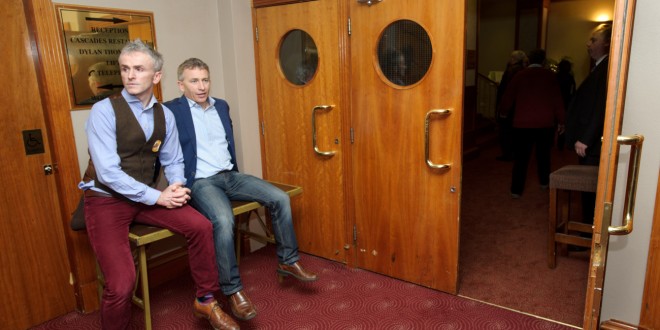 A BALLYVAUGHAN-based GP is one of the researchers involved in a survey, which aims to establish whether a new Irish contact tracing application will help in the fight against Covid-19.

Professor Liam Glynn and Dr Michael O’Callaghan are two of the researchers from the University of Limerick and National University of Ireland Galway, who are involved in an online survey that concluded on Friday.

Until a vaccine is developed or effective anti-viral treatments, Professor Glynn said the key to containing the virus is to try and isolate confirmed cases as quickly as possible with rapid contract tracing.

The two doctors are doing this independently and haven’t been commissioned by the HSE to carry out this research.

Professor Glynn stressed contract tracing software will only be effective if more than half the population agree to use it.

“We are delighted with the response so far but we need to hear from more people to get more information on whether people would use this technology, have they got a smartphone and whether they turn on their Bluetooth,” he said.

If a smartphone user has Bluetooth technology, he explained as a person is walking, the Bluetooth forms what is called a Bluetooth handshake with other phones and records the identity of these phones in an encrypted form.

Once a confirmed case agrees to releases this data to a contact tracer, they can informed close contacts about the risk of infection.

“There is a question of individual rights versus the benefits to the wider public, which everyone has to consider. In terms of the virus, the public good is very important to consider,” he added.

Dr Michael O’Callaghan said even if the technology is great, if people don’t trust the new application and use it in large numbers, it will not be effective.

The Bruff-based GP said they wanted to find out any barriers that might discourage people from using it and any factors that would encourage them to use it.

As restrictions ease and more people start meeting third parties, Dr O’Callaghan stressed this is when an effective contract tracing system is vital.

He explained it is proposed that information will only be released to the HSE with the consent of a confirmed case following contact by an official tracer.

He said Google and Apple have come together to release an application programme interface –
Exposure Notification API to protect privacy.

When a user enables the feature and has an app from a public health authority installed, the device will regularly send out a beacon via Bluetooth that includes a random Bluetooth identifier. When two people are near each other, their phones will exchange and record these Bluetooth identifiers.

If someone tests positive for Covid-19, they can voluntarily report the positive test to the Exposure Notification application for their region. These screenshots show public health authority developers how to walk users through the process of reporting that they tested positive for coronavirus, including a unique test identifier.

Some of the views expressed by respondents include the need for proper consultation with the Irish Data Commissioner, ESRI, Department of Health and European Data Commission and the need to comply with any relevant GDPR regulations.

The need to protect privacy and the evidence supporting the need for this application have emerged as two of the main key issues that need to be addressed before it is sanctioned.