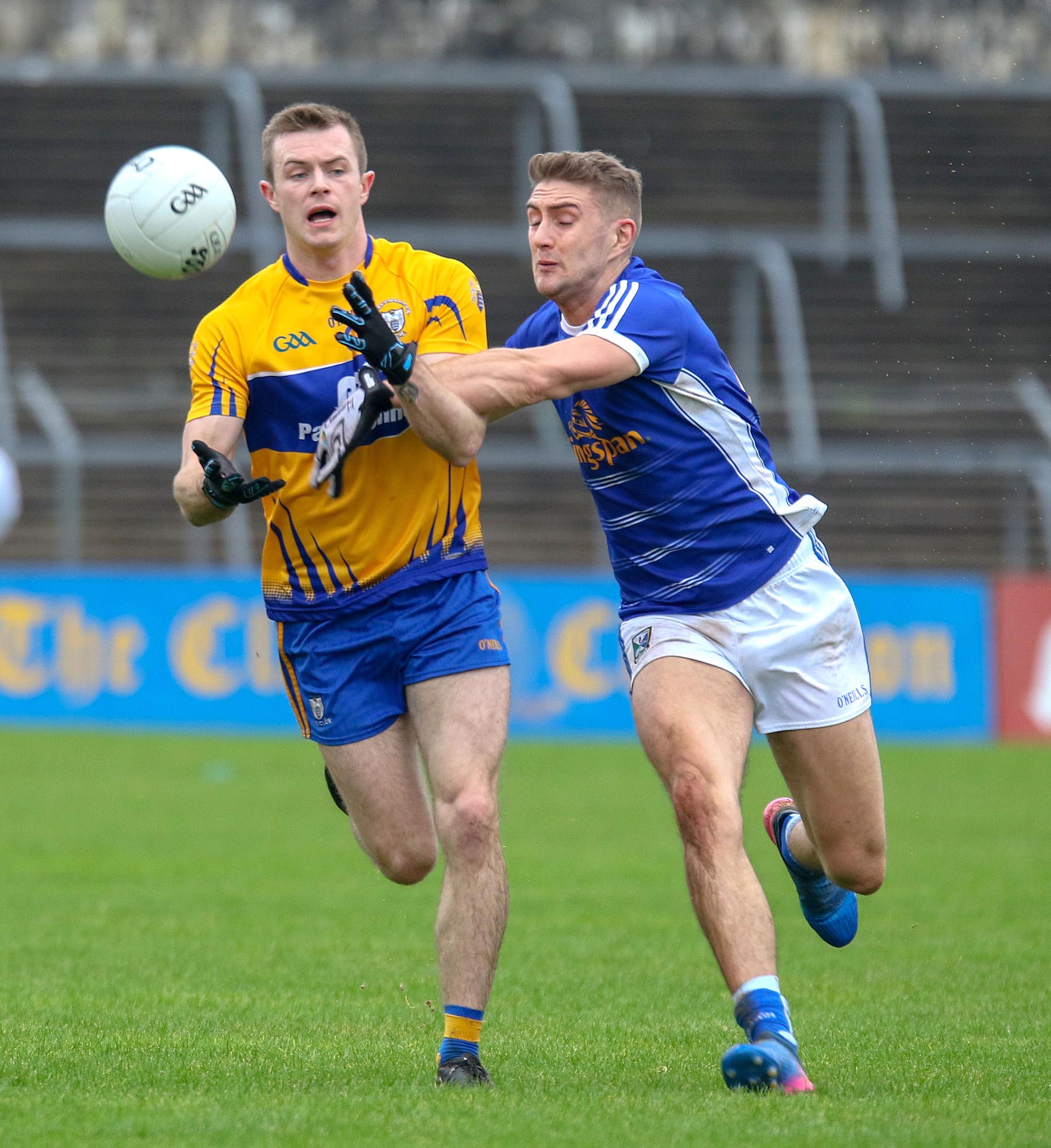 Clare's Ciaran Russell was sent off eight minutes into the second half.. Pic Arthur Ellis.

COMPLETELY outclassed, particularly in the second half, Clare were beaten emphatically by Meath in Navan on Sunday afternoon. Clare now sit on one point from two games.
They were outscored 0-15 to 0-3 in that second period, with Gary Brennan the only Clare player to score from play. In fact his point was the only score of the second half, with his rising shot going over the bar. Brennan was Clare’s outstanding player. However, Meath responded with 0-8 without reply and pulled away from a dishevelled Clare who lost their shape and increasingly lost hope as the second half evolved.
Clare trailed 0-6 to 0-4 at half-time with Meath pulling two points ahead, when Bryan McMahon pointed, with the last kick, after a disputed free was taken quickly.
Clare competed hard throughout the first half with Killian Roche kicking their opening score from a 45, while Pearse Lillis, Jamie Malone and Gary Brennan (free) added a score each.
Meath’s Graham Reilly put over 0-3 from play in the opening half, while McMahon, Padraig McKeever and James McEntee also raised a white flag apiece.
However the home teams shooting was poor with their attackers landing seven kicks into the arms of Killian Roche in the Clare goals.
The visiting county were forced to make two injury related first half substitutions when Cillian Brennan and Conor Finucane had to leave the field injured.
While Clare were not impressive in the first half at least they were competitive. They fell away completely in the second half and now face a very tough task in preparing for their next game, at home to Tipperary on Sunday.

West Clare native Peter O'Connell has worked for The Clare Champion for 12 years and covers everything from sport, especially GAA, news, features and has been even known to branch into the fashion scene on occasion.
@@westclarepage
Previous Teens raise €11,500 for grief centre
Next Blistering opening quarter paves the way for Clare victory