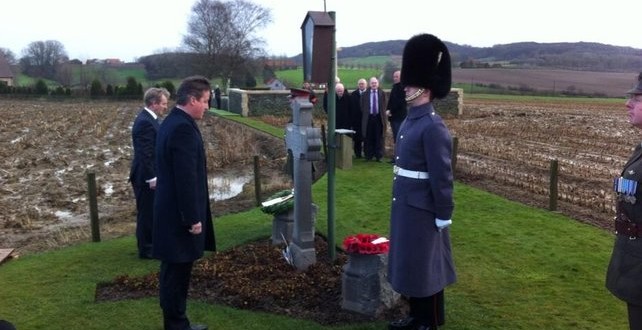 CLARE Labour TD Michael McNamara has asked that Willie Redmond, who was MP for East Clare from 1892 to 1917, be included in the programme of commemorations relating to significant events in Irish history between 1912 and 1922. Redmond’s death in the First World War at the Battle of Messines in Belgium caused a by-election in East Clare from which Eamon de Valera emerged triumphant.

“A native of Wexford and brother of the leader of the Irish Home Rule Party John Redmond, Willie was a popular attractive figure who was imprisoned for his Land League activities. He never waived in his loyalty to Parnell even after the latter’s fall. He disliked British rule in Ireland and his decision to fight in the First World War at the age of 54 was not an easy one. However, he believed that Ireland would suffer the same fate as Belgium if we were invaded by Germany,” according to Deputy McNamara.

He added that Redmond was a principled patriotic Irishman, obsessed with the reconciliation of Catholic and Protestant.

“He believed that Protestants and Catholics serving together at the front could act as a catalyst for reconciliation. He believed that the shared experience of the trenches was bringing Irishmen together and overcoming the differences between Unionists and Nationalists,” he said.
Having visited Kilmainham Gaol earlier this year Deputy McNamara was surprised that he could find no reference to Redmond’s time there. Subsequently he wrote to the museum and received a positive response. He also wrote the Minister for Arts Heritage and the Gaeltacht Jimmy Deenihan and to Dr Maurice Manning who is chairman of the Expert Advisory Group on historical matters relating the Decade of Centenaries.

“My request is that that a suitable opportunity be found over the next few years to commemorate the life, work and death of a distinguished and honourable man. The centenary of Eamon de Valera’s victory in East Clare in 1917 will rightly be commemorated but I also believe that some space should be afforded to his long forgotten predecessor,” Deputy McNamara outlined.

He added that the pre-Christmas visit of Taoiseach Enda Kenny and British Prime Minister David Cameron to Redmond’s grave at Loker village in Belgium was “very poignant”.

“Cameron bowed his head at the grave of a man who had specifically requested to be buried apart from the British war graves as a protest against the execution of the 1916 leaders. Arriving at an EU summit in Brussels following the event, the Taoiseach said the thought crossed his mind while standing at the grave of Major Willie Redmond that the senseless slaughter of the war to end all wars is the reason why we have a European Union,” Deputy McNamara concluded.