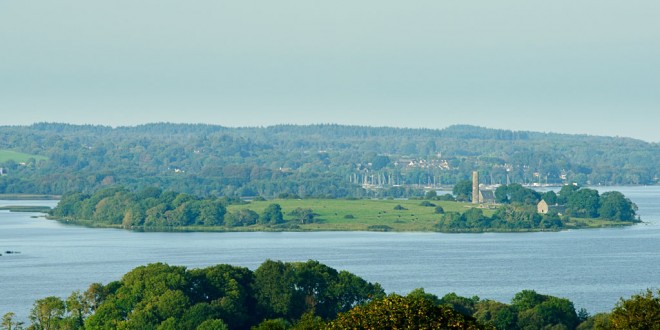 CLARE TD Michael McNamara has written to the Minister for Tourism, Transport and Sport, Paschal Donoghue calling on him to support and provide financial assistance to Clare County Council to secure the purchase of Inis Cealtra (Holy Island).

Inis Cealtra on Lough Derg is included among the early monastic sites on Ireland’s UNESCO Tentative List and is one of the most famous of such sites in Ireland.

He highlighted to the minister that among its many attractions are a well preserved round tower, the ruins of six churches and a cell-like structure, which is one of the most extraordinary buildings in Ireland.

“A Lough Derg Tourism Audit carried out in 2012 found that Lough Derg is not reaching its full potential in terms of attracting visitors and that Lough Derg has no defined ‘iconic’ visitor attraction that can act as a motivator for visits.

“Inis Cealtra, with its iconic round tower, has the potential to be that driver of tourism in East Clare and Lough Derg in the same way that the Cliffs of Moher and its visitor centre have brought year-upon-year increases in the number of tourists to Clare’s stunning Atlantic coast,” Deputy McNamara outlined.

He added that Clare County Council has recently moved to acquire the island, with a view to improving access and tourist facilities.
“I urge you, as minister, along with your colleague the Minister for Arts, Heritage and the Gaeltacht and your respective departmental officials, to support this important initiate up to and including providing financial assistance to Clare County Council to secure this site, which is so crucial to the development of the tourist potential of the Mid-West,” he concluded.

In a separate letter, the East Clare deputy wrote to Minister for the Arts, Heritage and the Gaeltacht, Heather Humphreys, in which he sought progress on advancing the case for more Irish sites to the world heritage list.

He reminded the minister of the 2010 submission by Ireland to a Tentative List to UNESCO for consideration on the World Heritage List. He highlighted that Inis Cealtra (Holy Island) was named as one of six early medieval monastic sites on this tentative list. The other sites on the list are Clonmacnoise, Durrow, Glendalough, Kells and Monasterboice.

Deputy McNamara has posed the question to the minister if it would “be better to nominate Inis Cealtra on its own or with other widely separated monastic sites in circumstances where the county councils in whose administrative areas they are located are not as prepared to advance the proposals as Clare County Council is?” Another option he suggests would be to form geographically tighter clusters.

“In this context, might a designation for early monastic sites in Clare, including Scattery Island, eventually obtain approval?” he asked.
Among the other Clare sites on the list are the Burren and the Western Stone Forts, which includes an inland cliff site at Cahercommaun near Kilnaboy.

Deputy McNamara’s letter to Minister Humphreys concluded, “I look forward to you, as minister, and your department officials engaging proactively with UNESCO on world heritage designation and your reply to the proposals herein.

“We have a lot of work to do to promote and recognise our cultural and natural heritage and have it recognised on the UNESCO World Heritage List.”