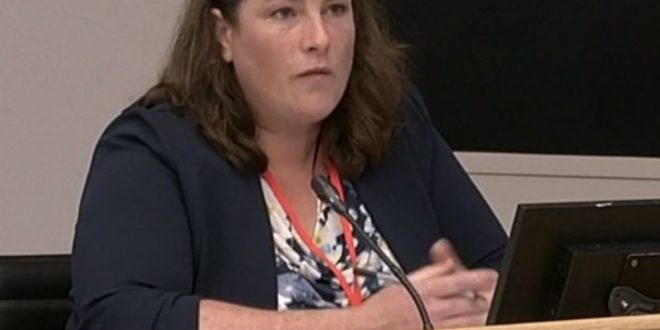 THE plight of parents who have been on lockdown caring for their children with special needs, and who would normally access the support of services like those provided by The Clare Cruaders, has been highlighted at the Special Committee on Covid-19.

Chairperson of the committee, Scariff TD, Michael McNamara heard from a number of those advocating for children and families, including representatives from Inclusion Ireland, who outlined in detail the strains put on households and the regression experienced while services were closed.

While the Department of Education and Skills has initiated an expanded summer programme, known as July provision, there are concerns about the children who will be excluded on the basis of their disabilities. Enda Egan, CEO of Inclusion Ireland told the committee, “The scheme continues to exclude cohorts of children with disabilities and has been characterised by poor planning, leaving schools and families frustrated and in the dark.” He also urged that the scheme be opened to “all children with intellectual disabilities, including those in second level, as they also experience regression”.

Deputy McNamara referred to his own experiences as a father. “My daughter was born recently and it is amazing to watch her develop,” he told the committee. “I cannot imagine what it must be like to watch one’s child not just fail to develop, but regress. I acknowledge that there are shortages everywhere. The Clare Crusaders Children’s Clinic in Ennis is inundated with requests from parents who are desperate to get help because they are watching their children regress and do not know whether they will ever get them to make progress.”

The Independent TD asked if, in light of a shortage of Special Needs Assistants (SNAs) to support children and families, if the government consider using occupational therapists, speech therapists and specialist nurses to provide July provision.

Ms Lorraine Dempsey, Chairperson of Inclusion Ireland replied that they would not be available to do it. “Many of them have been redeployed to Covid-specific work,” she noted. “We are waiting for the HSE to engage in a process of getting them back into their original posts. I do not think their involvement in July provision would necessarily be feasible.”

She added that, “We have a severe shortage of the people the Chairman refers to and we require heavy investment to provide that scaffolding around parents, now moreso than ever. The Chairman touched on the fact that he has a new baby and how one appreciates watching one’s child develop. “When one becomes a parent of a child with special needs any minor achievement is massive and I cannot overstate that,” Ms Dempsey said. “Parents have had to deal with much emotional upset over the past couple of months, seeing children not being able to sleep, destroying their houses or assaulting siblings and not through any fault of their child but arising out of the frustrations and lack of supports. The lack of access to school and therapists over the past three months has been catastrophic and I cannot state that enough.”

“I do not know what to say in response,” Deputy McNamara said. “As a State, we do need to say something. We need to be aware of the impact that the curtailment of services is having on the most vulnerable and I cannot put it further than that.”

Fiona McGarry joined The Clare Champion as a reporter after a four-year stint as producer of Morning Focus on Clare FM. Prior to that she worked for various radio, print and online titles, including Newstalk, Maximum Media and The Tuam Herald. Fiona’s media career began in her native Mayo when she joined Midwest Radio. She is the maker of a number of radio documentaries, funded by the Broadcasting Authority of Ireland (BAI). She has also availed of the Simon Cumbers Media Fund to report on development issues supported by Irish Aid in Haiti. She won a Justice Media Award for a short radio series on the work of Bedford Row Project, which supports prisoners and families in the Mid-West. Fiona also teaches on the Journalism programmes at NUI Galway. If you have a story and would like to get in touch with Fiona you can email her at fmcgarry@clarechampion.ie or telephone 065 6864146.
Previous Coughlan Laments Lost Opportunity For Open Draw All-Ireland Minor Football Series
Next Scariff community charity shop honours memory of its late founder