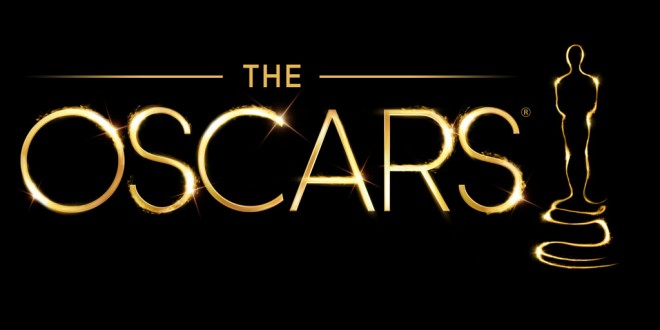 AN Ennis man could be set for Oscar gold after a film he penned has made the shortlist for nominations for the coveted award.

Viva, a Spanish language film set in Havana written by Clare’s very own Mark O’Halloran has been named among nine movies shortlisted in the Foreign Language Film category. And in just a few short weeks, Mark the rest of the crew behind the acclaimed film will learn if they have made the final five nominees for next year’s 88th annual Academy Awards.

Speaking to the Clare Champion this week Mark told us, “I’m very happy, I’m very surprised. It’s a very low budget film, made with a lot of dedication and heart. I’m pretty sure it’s the lowest budget film in the category so for it to have this impact is great. It’s been a good surprise to get on the shortlist, so fingers crossed, we’ll see how it goes.”

The film, selected by the Irish Film & Television Academy (IFTA) as Ireland’s submission for the Foreign Language category, is directed by Paddy Breathnach and produced by Rebecca O’Flanagan and Rob Walpole of Treasure Films. Viva has screened to critical acclaim at Telluride, Toronto and Havana Film Festivals, with The Hollywood Reporter calling it a “genuine crowd pleaser”. The film screens at Sundance in January.

Mark, who also wrote award winning screen plays for Adam and Paul and Garage, said he has been thrilled with the reception the film has been receiving, particularly in Cuba where the film is set.

“It’s playing really well to audiences. We just played at the Havana Film Festival and they took to it really well, which was great. They laughed and they cheered and at the end people were standing and clapping and crying, it was a really strong reaction. I was blown away by it. The film has also been sold in North America, with distribution to start in February and we will be playing in Sundance at the end of January. It’s been going very well. It’s gone way beyond the expectations I might have had for it.”

Set in Havana Cuba, Viva tells the story of Jesus, an eighteen year old Cuban, who is lost and struggling to realize his true identity. Unsure of himself or his future, he works at a local Havana drag club where he entertains dreams of becoming a performer. At home he finds solace listening to the records his mother and grandmother left him: romantic torch songs by the great names of Latin music. Into his life, however, comes a force to challenge his direction and tentative freedom: his long lost father, a celebrated boxer, released from a 15 year prison term having killed someone in a street brawl when Jesus was a child. Through this uneasy relationship, ‘Viva’ becomes a tender love story between father and son as both men struggle to understand each other and escape the burden of expectation, duty and past sins.

So how did a writer from Ennis, who at the time didn’t speak any Spanish, come to pen this story from a very different culture? He recalled, “I knew the director and I suggested to him once that we should work together. That was in 2005. He said he had a great interest in Cuba, and he said would I like to come over and see if there is anything I’d like to write about. So he took me on holidays and we hung around Havana for eight days and I saw the drag shows that were on there and I came up with a story which I wrote out for him in short story and he liked it. A producer got involved, and it took a while before I had time to develop it. But in 2010 I sat down to write it and I finished it in 2011. And it took between 2011 and 2014 to fund it.

“In between those times I spent long periods in Havana researching. It’s just a very fascinating country, I think the whole world is fascinated by it, culturally its amazing. It was a challenge to try and understand another culture. I didn’t speak Spanish, I speak a little now because I’ve been having some lessons. The script was written in English, but we had a translator working on it to get it correct. I also act in it, it’s a small part but it’s in Spanish so that was quite interesting.”

When asked if he expects to be making the trip to the Oscars, he told us, “It depends on if we make the final five. If we do, hell or high water won’t stop me.”

However, he modestly played down the chances of the film winning the coveted prize. “It’s impossible to say. This year of all years there’s a very strong front runner, a Hungarian film Son of Saul. I would say it’s almost a sure certainty, as much of any of these things are. But getting to the last five would be an absolute and utter glory. Being in the last nine for me is a result in itself, I’m absolutely thrilled to bits.”

On January 14 the Academy of Motion Picture Arts and Sciences (AMPAS) will announce which films have been nominated from all of the international entries to go forward in the final line-up to compete for the Oscar for Best Foreign Language Film.

The Academy Awards will take place on February 26.