Home » Arts & Culture » Mario has the gift of the gab 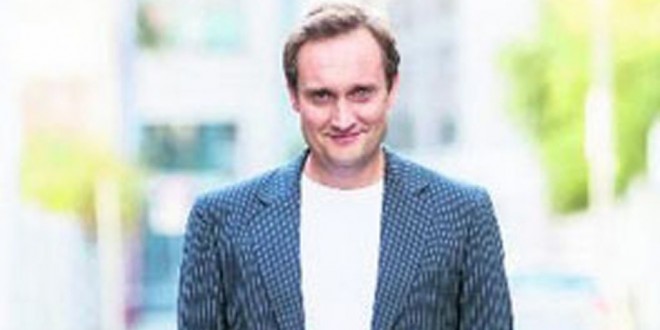 Mario has the gift of the gab

Speaking about RTÉ’s GAA correspondent, Rosenstock says, “Marty Morrissey has a huge part in this show, it’s at the beginning of act two. His thing in the audience is to find the most beautiful girl in the audience and to shift her. That’s basically what I do, seek out the most beautiful girl I can find, bring her up on stage. We do several seductive dances on stage together, before I try and shift her!”

Rosenstock’s Marty has an enviable record over the last few months, he adds. “I’ve done it 29 times. Marty Morrissey has had 29 different shifts!”

It’s hardly surprising that there are sometimes problems with that segment of the show. “There have been varying degrees of success. Some women are not okay with it and some women go mad for it. It really depends on the Marty obsession factor in the audience,” he smirks.

Davy Fitzgerald may well be the fieriest character in top-level GAA and Rosenstock has been on his case since he managed Waterford.

He claims he doesn’t go in particularly hard on Davy, although he has heard conflicting things about how the comedy is looked on by the Sixmilebridge man.

“At the beginning, I heard something he said. (Takes on Davy’s voice) ‘I’ll tell you one thing for nothing, I won’t be listening to that Gift Grub any time soon anyway’. Then, about six months later, he made a comment in The Irish Independent, ‘I get on the bus and all the players are going on about this morning’s Gift Grub. Fair play to the guy, at least it’s not personal, there’s nothing malicious in it, so I’m alright with that’. He seemed to change his tune slightly. In the beginning, he might have thought I was going to be nasty about him but he basically gets the same treatment as any other Gift Grub character, which is kind of affectionate and it doesn’t really go for the jugular.”

His imitation of a third Clare character, President Michael D Higgins, has been going for years now and probably did the diminutive Newmarket man no harm at all, when he ran for the Áras.

Rosenstock says he’s a little bit confused by the President’s claims to have ties to different places but says it’s a good skill for anyone who wants votes.“Michael D Higgins is a fantastic politician, in the sense that he goes (adopts Michael D’s voice) ‘I’m from Clare but I was actually born in Limerick but I’m really from Galway and I’m living in Dublin’. Of course, this is what politicians do all the time. I remember Bertie trying to spin a story going, (switches to Bertie’s voice) ‘Obviously I’m from Dublin but my mother and father are from Cork and I’m a real Cork man at heart and Ahern is a Cork name’. You’d be just going. ‘give it a rest’.”

He feels it’s something of a golden era for satire in Ireland right now, with a lot of distinctive characters at the forefront of the public consciousness. “I’m going through a period at the moment, where all these great characters are lined up for me. You have Noonan in finance, you have Joan Burton as Tánaiste, Enda Kenny as Taoiseach, Michael D as President, Roy Keane in the Irish job, José Mourinho at Chelsea, Daniel O’Donnell still firing away, Marty Morrissey, Davy Fitzgerald – these characters are brilliant. If you look at England, David Cameron in charge and Nick Clegg at number two; it’s not the same colour. We’ve great colour in Ireland. And Flatley is back with a new musical!”

Earnest politicians make great subjects for satire, he feels. Asked for his favourite target in that field, he says there are two, both of whom are still at the top. “I’d say Joan and Noonan. Noonan is great to write for. You can write some really funny analogies that he does. Bertie, of course; I got so much mileage out of Bertie. I also had fun with some more minor characters as well. I enjoyed doing Martin Mansergh, Willie O’Dea and Mary Lou McDonald, she’s a new character in the show. Politicians are great because they’re so earnest and sincere and try to be serious and straight. They’re ripe for lampooning.”
Roy Keane and José Mourinho are his two favourite sports subjects. “In terms of Keane,, he keeps giving. Just when you think the story has stopped, he moves it forward for you. And José, he’s a breakthrough character, a character that breaks through sport. People who have no interest in soccer know who he is.”
While many of those whom he mimics say they enjoy it, he says he doesn’t know how many of them really feel about it.“For example, I don’t know how Miriam O’Callaghan takes it but she says she takes it really well. Marty Morrissey came up to me once and said he really enjoyed it but I don’t know if he’s telling the truth. Ronan Keating seemed to take umbrage in the early days but now he’s come around to it, Keith Duffy embraces it, Michael D Higgins has gone on record, describing me as a great artist, which I laugh at, but I get the sense from him that he does enjoy it.

“Joan Burton, I don’t know if she enjoys it – she claims I need to work much harder on her voice.

“Bertie Ahern is a politician, he’d say whatever needed to be said at whatever point in time. He’d pretend he likes it but I don’t know if he does or not. People are very wary about being seen not to be able to take a slagging in Ireland. It’s poor form if you’re regarded as someone who can’t take a bit of a slagging,” he concludes.

Previous Murder accused: ‘my brain just flicked’
Next Pub incident did not contribute to man’s death