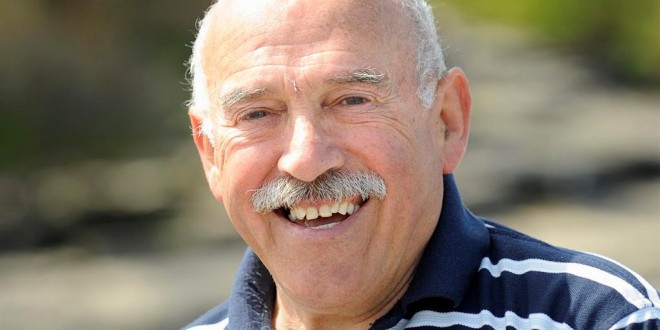 KILKEE man Manuel Di Lucia has reacted angrily to the local town council’s decision not to give him a key to the East End barrier in the town, which accesses the slipway in the resort.

Earlier this year, the town council undertook to distribute a limited number of keys to relevant boat or sub aqua clubs. However, there have been instances of visitors to the town being unable to access the slipway because the barrier has been locked.

“Cyril [Feeney executive engineer], and the lads had no problem as long as they sign indemnities,” town mayor Paddy Collins commented.
However, Councillor Collins was less enthused at the prospect of handing out keys to individuals.

“Can Manuel (Di Lucia) sign an indemnity as an individual? I don’t see the need for Manuel to have a key at this present time,” the town mayor told the meeting.

“If I get a key as an individual, why shouldn’t you? You need to able to show reasons for giving out keys to an individual,” Councillor Lily Marrinan Sullivan suggested.

“You’re opening a can of worms,” Councillor Karen Reilly said with reference to giving keys to individuals.
Speaking to The Clare Champion on Wednesday, Manuel Di Lucia confirmed that he was not happy to have been denied a key.

“I am angry. I’m a boating man. I started the boating in Kilkee. I had the first water boat in Kilkee and had access to that slipway all my boating life, from when I was 22 years of age. All of a sudden now, I’m denied access to it along with a lot of others. I’d be more annoyed about the other people who have been denied access than myself. They can’t come and go freely as they want to.  We’ve lost a lot of business in Kilkee because of that,” Mr Di Lucia maintained.

The more he thought about it the angrier he got.  “The cheek of them to be dismissive of me. I was a town councillor, a town commissioner and the mayor of Kilkee. I’m the man that was responsible for all the boating activities going way back. They’re saying that I don’t have a right to access and this thing about having a bond to cover me? That’s absolutely ridiculous. It’s only an excuse,” he claimed.

Mr Di Lucia says he needs a key because visitors regularly ask him if he has one so that they can access the car park and slipway.
“Several diving clubs that came to Kilkee; they all contacted me obviously because I’m the man that started the diving in Kilkee and Clare. They asked me how did they get in and had I a key? I said ‘no.’ Prior to this situation there must have been about 25 keys out with different sub aqua clubs and different boating people for five years. There wasn’t one intrusion by an undesirable camper van until the lights were being put up in the car park area in Kilkee. The barrier was left open and camper vans got in. In the five years that all the keys were out, there wasn’t one intrusion,” he asserted.

“This council gave them a key but it seems that some of the members are having trouble getting access. Maybe Kilkee Boat Club could keep the key in a secure box, within the boat club building, so that all the members who have access to the front door would then have access to the combination lock for the barrier? It seems that this isn’t happening. If they want to have an EGM, that’s nothing to do with us,” Councillor Collins stated.

West Clare native Peter O'Connell has worked for The Clare Champion for 12 years and covers everything from sport, especially GAA, news, features and has been even known to branch into the fashion scene on occasion.
@@westclarepage
Previous Great Dane invades to protect Brianna
Next Elderly urged to be Safe at Home