Home » Breaking News » Majority of Moneypoint jobs to be axed 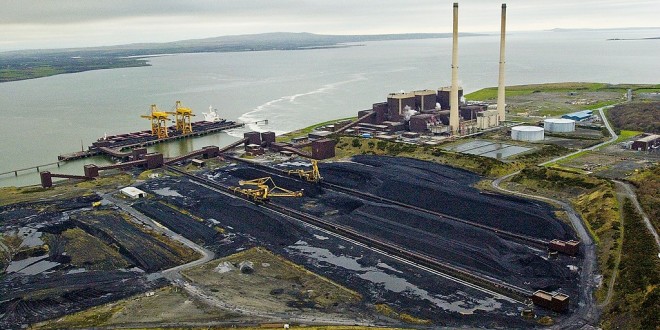 Majority of Moneypoint jobs to be axed

SOURCES have told the Clare Champion that staff at the Moneypoint Power Plant have today been told that management wish to reduce its staffing level from 192 to 86.

It had been widely expected that job losses would be announced at the plant today, while ESB representatives are set to meet Clare’s Oireachtas members later this week.

The ESB issued a statement this evening, but declined to confirm how many staff they wish to make redundant. “Since its commissioning in 1985, Moneypoint Power Station has played a key role in supporting the national economy through the delivery of secure, reliable and affordable power.  However, in recent years Moneypoint has been operating in an increasingly competitive energy market, actively competing to sell power and competing in auctions to acquire capacity contracts for the plant.

“In addition, the growing volume of renewables in the market and the impact of carbon prices on the price of Moneypoint output, has meant that Moneypoint is now running far less than previously and given these market fundamentals, a low running regime is likely to persist into the future.  The impact of these factors is that Moneypoint’s income has been significantly reduced.

“Consequently, ESB needs to realign Moneypoint’s operation and resources with the new lower running regime. Local station management briefed staff and their union representatives today on these challenges and set out proposals for a reconfigured option for running Moneypoint. The consultation now in train will focus on the staffing levels required for the lower running regime, including discussions on how this can be achieved.

“As part of our Brighter Future strategy, ESB is committed to moving to 40 per cent renewable generation by 2030. This will reduce the carbon intensity of our electricity generation by more than two-thirds. ESB will cease all generation from coal in Moneypoint no later than 2025.”

It said that ESB will continue to speak to workers about the situation, but that costs must be cut. “ESB is committed to engaging and communicating with stakeholders on the immediate and longer-term challenges arising from both the competitive environment and the planned move away from coal generation post 2025. ESB is currently examining technology options for Moneypoint beyond 2025 that will deliver large-scale electricity generation, fuel diversity and security of supply. The development of replacement generation for Moneypoint, however, is contingent on a project winning an open auction for a capacity contract and on being commercially viable.

“Proposals to properly address all aspects of Moneypoint’s lower running regime and to protect its viability in the period to 2025, will take time to develop and finalise.  ESB is very aware of the uncertainty this creates for all our staff and ESB is committed to supporting them through this process.

“We will not comment on the detail of this until we have worked it through with staff and their Union representatives in Moneypoint.”

Councillor Ian Lynch said it is terrible news for the area and that some more clarity is needed. “The loss of over 100 jobs is a devastating blow the the local economy, it was hoped that any job loss would be on a phased basis but it appears that these losses will be enforced by October.

He added, “A meeting is taking place on Wednesday with our local TDs at which point we need absolute clarity over the future role of Moneypoint.
“The future plans for the station are critical to how we move forward and look to attract new industries but it is time for the ESB to come out with their full plans for the future.”
Share

Owen Ryan has been a journalist with the Clare Champion since 2007, having previously worked for a number of other regional titles in Limerick, Galway and Cork.
Previous Clare couple pick up €1m lotto cheque
Next Champion Sports Chat Podcast Monday July 8th 2019