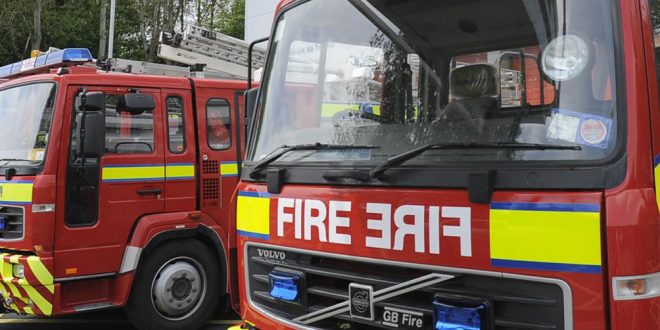 AN investigation has been launched after a serious fire at a retail premises on Abbey Street in Ennis overnight.

Four units of the Fire Service attended the scene and battled the blaze for five hours.

The Fire Service Control Centre confirmed the crews were dispatched at 2.26am and wrapped up their operation at  7.38am on Thursday morning (March 5).

Fiona McGarry joined The Clare Champion as a reporter after a four-year stint as producer of Morning Focus on Clare FM. Prior to that she worked for various radio, print and online titles, including Newstalk, Maximum Media and The Tuam Herald. Fiona’s media career began in her native Mayo when she joined Midwest Radio. She is the maker of a number of radio documentaries, funded by the Broadcasting Authority of Ireland (BAI). She has also availed of the Simon Cumbers Media Fund to report on development issues supported by Irish Aid in Haiti. She won a Justice Media Award for a short radio series on the work of Bedford Row Project, which supports prisoners and families in the Mid-West. Fiona also teaches on the Journalism programmes at NUI Galway. If you have a story and would like to get in touch with Fiona you can email her at fmcgarry@clarechampion.ie or telephone 065 6864146.
Previous REPORTS: Confirmed Cases of Coronavirus in Clare
Next Nervousness following Covid-19 diagnoses