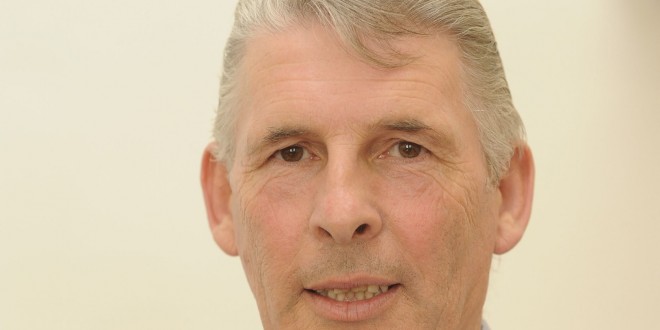 IN recent weeks, Kilrush Town Councillor Tom Clyne retired from his role as a FÁS job initiative worker in the town. The former town mayor, who was first elected to the local council in 2004, has worked in the position since 1998. As he remembers it, a significant amount of people were employed on the jobs initiative scheme 15 years ago. That figure has since drastically reduced.

“There are about 10 people on the scheme in Kilrush at the moment. We have lost a lot of people through retirement or death in the last few years. I think there was 21 on the scheme in 1998,” Mr Clyne said this week.

The Westmeath man, whose wife Breda is from Kilrush, worked primarily as a maintenance man on the scheme.
“I was one of the people assigned to do the house maintenance for Kilrush Town Council, who were our sponsors. I was a general operative starting off but as we progressed, we were assigned different roles. Some of the lads were out cutting grass while myself and Tommy McInerney were doing the house maintenance for the Kilrush Town Council housing stock,” he explained.

Based in the John Paul Estate, Tom worked under with the late Stephen O’Gorman, Tommy McInerney and Tony Cusack when he started on the scheme.
“We were based in the John Paul Estate but we worked in all of the housing stock in the town. That’s how I got to know everybody and it helped me in my work as a town councillor. I’d be meeting people every week and bring their issues up at meetings. Everything tied in nicely that way.

“We built up a great relationship with all of the householders. I can say, without fail, that each and every one of them trusted us going into their homes, even if they weren’t there,” the independent town councillor stated.

Mr Clyne says replacement employees are not being taken on the Jobs Initiative Scheme.
“They are not taking on new people. They are winding down the scheme over the next few years. Most of the work will be taken over by Clare County Council, with the local councils going. All the big work will come from there. It’s just a fact of life. We saved Kilrush Town Council thousands over the years. If they had to get on the phone and hire a contractor every time they wanted something done, it would have cost them. That will be a big loss in financial terms,” he maintains.

He served as Mayor of Kilrush from June 2007 to June 2008.
In an interview with The Clare Champion following his election as town mayor six years ago, Mr Clyne said his work with showbands brought him to Kilrush. Back in the 1970s, he sometimes acted as a relief driver for a number of Midlands bands. On one occasion, he drove a show band to Kilrush and he more or less hasn’t left since.

He met Breda Linnane in the Mars dancehall in Francis Street and embarked upon what he described as a “whirlwind romance”.
“I couldn’t find the crossroads and couldn’t get back to Westmeath,” he joked when trying to explain his inability to head home to Killucan in the Lake County.

“There were no roundabouts then,” he laughed.