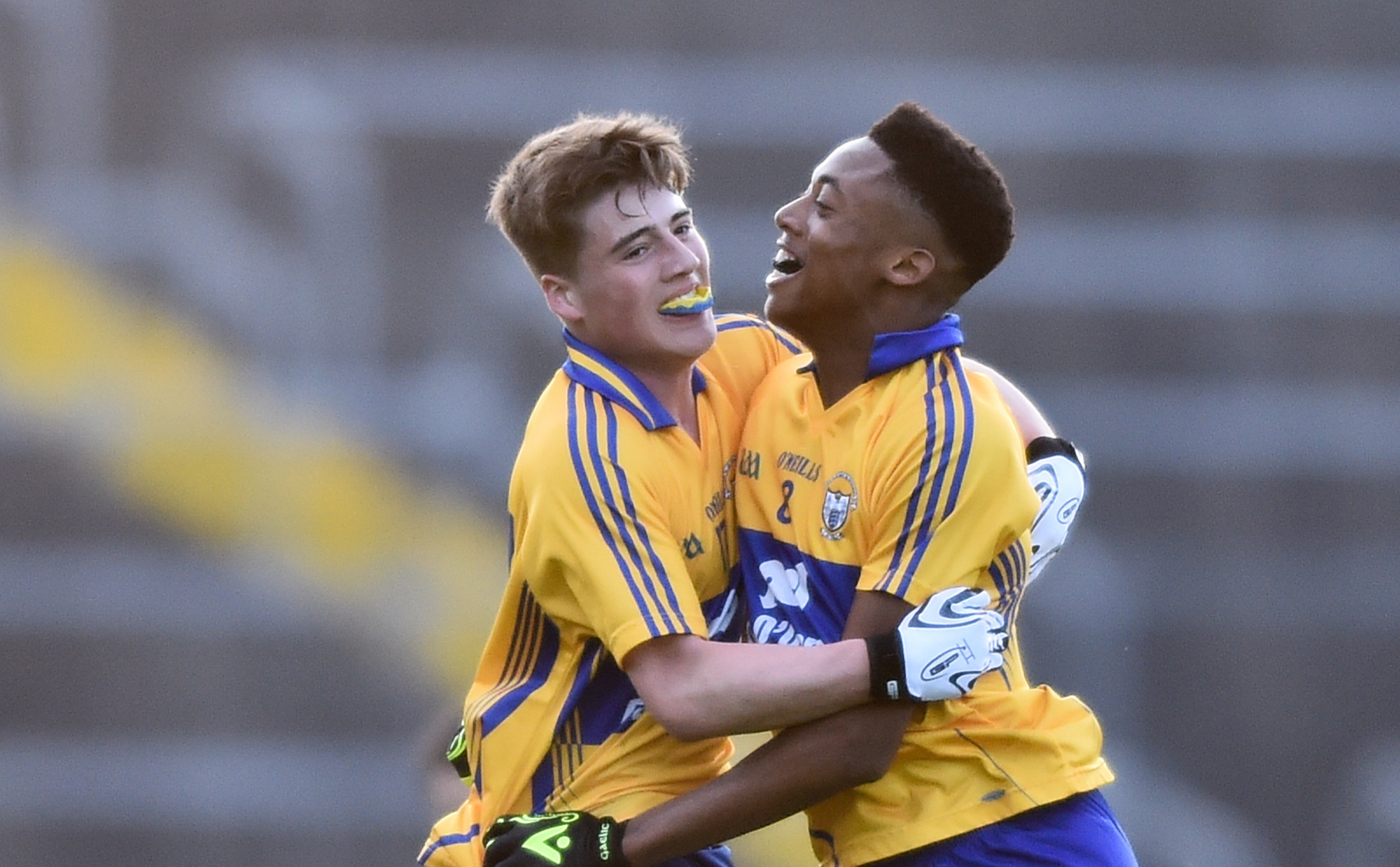 Gavin D'Auria and Chibby Okoye will line out for Clare in the Munster minor football final Photograph by John Kelly.

ON a magnificent evening for Clare under-age football the county minor team qualified for their second successive Munster final, following a two point win over Tipperary in Thurles.

The game started 22 minutes late due to the late arrival of the Clare bus at their pick up point in Ennis but they did the business on the field, particularly in the second half.

Tipperary wing forward, Max Hackett, put away their goal in the tenth minute. He was left completely free in front of goal and expertly netted Kevin Hayes’ pass.

Thomas Kelly was the first Clare man to raise a white flag, while Emmet McMahon landed a top class effort from distance.

In the closing minutes of the first half, Meehan, pointed a brace of frees, won by Mark McInerney and Kelly.

While Meehan kicked the crucial late points, Emmet McMahon was immense from play and frees, landing crucial second half points. In the closing minutes, with Clare two points up, they showed commendable composure to hold onto possession and protect their lead..

A more detailed report will be published in Thursday’s print edition of The Clare Champion.

West Clare native Peter O'Connell has worked for The Clare Champion for 12 years and covers everything from sport, especially GAA, news, features and has been even known to branch into the fashion scene on occasion.
@@westclarepage
Previous Information event on Clarecastle wastewater project
Next Safeguarding adults in health care