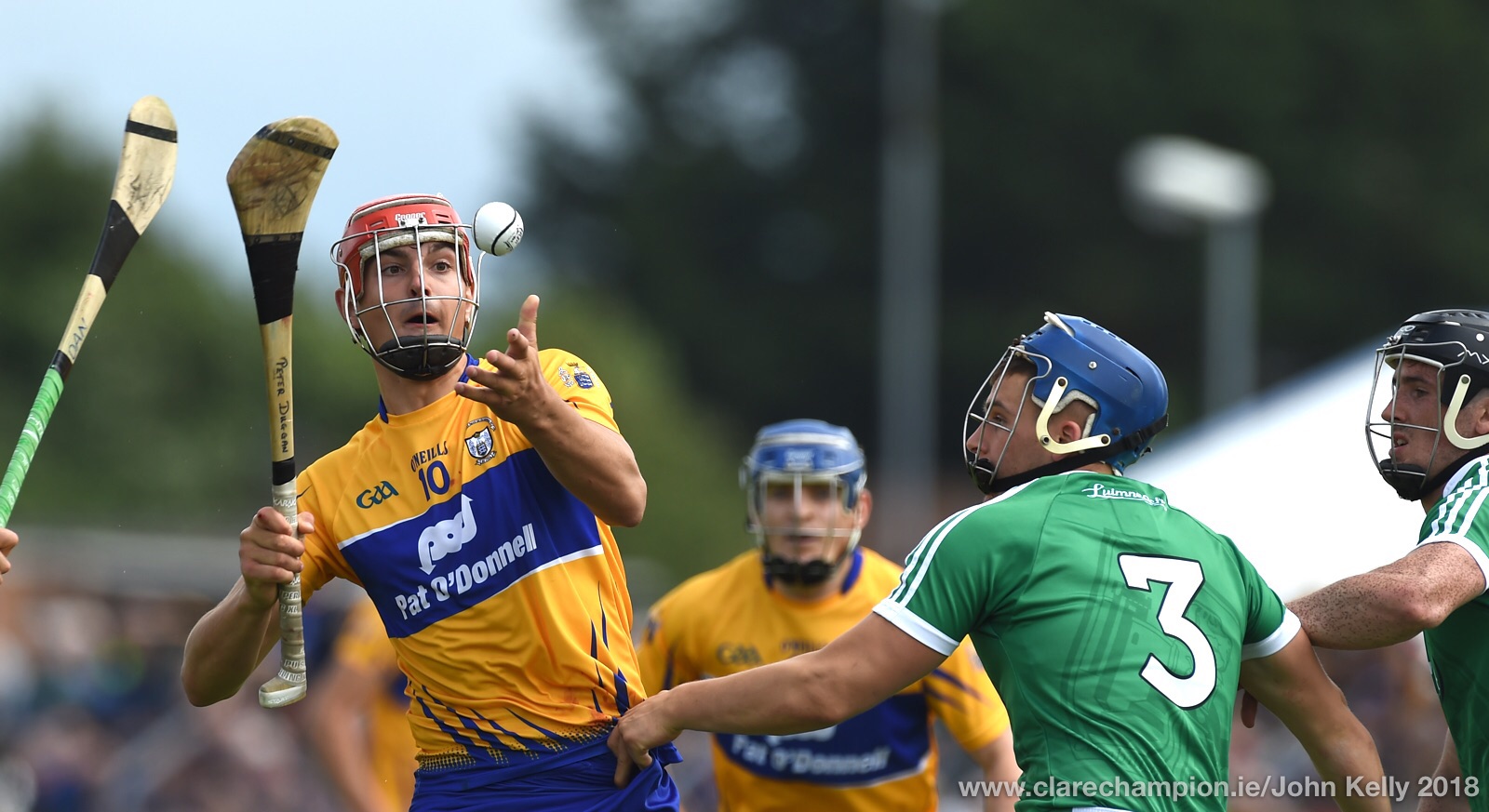 THE Clare hurlers produced their best 70 minute display of the 2018 season in obliterating Limerick in Cusack Park. They will now play Cork in the Munster final on July 1.

In a superb second half display, Clare outscored Limerick 0-13 to 0-6. They were sharper, more cohesive and much better balanced.

Following a frantic first half, Clare led 0-13 to 0-9. Both teams lost a man to a straight red card in the 33rd minute when Limerick’s Tom Condon and Clare’s David Reidy were sent off.

Peter Duggan put over 0-7 in that half from frees and a 65, while Shane Dowling pointed 0-4 from frees for Limerick in a match played in front of a crowd of 18,802.

John Conlon was a constant threat, in the opening half, putting over two points, while he created Jamie Shannahan’s point from distance with a cross field pass.

Clare substitute, David Fitzgerald, introduced for Seadna Morey, pointed twice from play in the opening half.

Tony Kelly played some great hurling in the second half while Conlon and Duggan put over some exceptional scores.

As the game evolved, Clare grew in confidence and had some top class performances from Duggan, Conlon, Jamie Shanahan, Jack Browne, Colm Galvin and Conor Cleary.

Limerick looked nowhere close to the level they had produced in their three previous games but are still likely to qualify for the last eight of the All-Ireland series.

Thursday’s print edition of The Clare Champion will include a more comprehensive match report, along with interviews and analysis.

West Clare native Peter O'Connell has worked for The Clare Champion for 12 years and covers everything from sport, especially GAA, news, features and has been even known to branch into the fashion scene on occasion.
@@westclarepage
Previous Spoils shared in camogie championship
Next Fatality confirmed in Miltown Malbay road accident