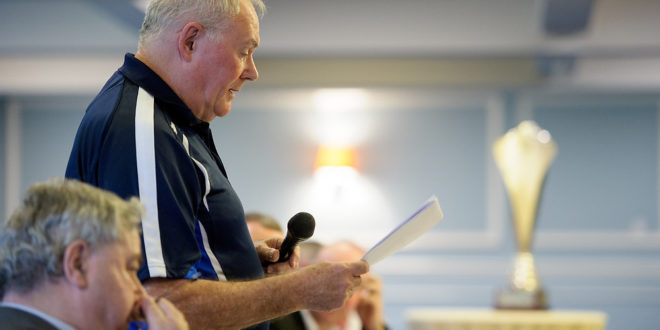 A decision on the future of the 2019/2020 Clare soccer season is yet to be finalised but an update is expected to be issued soon.

It is understood that the league executive have contacted the clubs in the county for their feedback on whether the season should be scrapped or restarted. It is believed that the majority of clubs are in favour of the campaign being played to its conclusion before the new season gets underway later in the autumn.

Guidelines have been issued to clubs by the FAI in recent weeks outlining the requirements which will have to be in place before a safe return to training can be achieved. This includes a no contact policy along with no training based around set-pieces such as throw ins, corners or free kicks. It also states that 15 minute gaps must be left between sessions if multiple groups are using a facility.

Former Clare District Soccer League chairman Jim Madden feels some clubs will struggle to meet those requirements and thinks the league executive need to do more to help clubs get back up and running.

“Getting the league restarted in Clare is going to be difficult for the teams. The protocols like appointing a Covid-19 officer, risk assessment, signage, water and toilet facilities, hand sanitation and more will all pose difficulties for the teams. The Covid-19 officer is the most important one and they will have a lot of serious responsibilities which will need the total cooperation of players, management and everyone involved which may not always be the case. Clubs in Clare have voiced their preference in wanting to restart the season but no guidelines have been issued by the league or there was no vote taken as was the case in other leagues. Players are a bit frustrated by the lack of guidance and they are the people who pay the registration enabling the league to be run. The lack of communication from the league does not help” he observed.

Madden, who has also served as PRO and FAI Delegate for Clare, feels crowning the champions for this campaign should be the focus.

“There is probably a bit of pressure on to decide the league title for this season. Avenue United lead Newmarket by a point but Newmarket have a game in hand. Both of those clubs have the facilities to fulfil the Covid-19 protocols with dressing rooms, gate entry along with toilet and water facilities. We would all love to see those games between Newmarket and Avenue that are yet to be decided. They are the two big teams in the county and they have the facilities to host games. Let’s get the Premier Division title decided and forget about relegation. The First Division title is between Newmarket and Avenue’s B teams so therefore promotion and relegation is not really a big issue because the B teams cannot go up anyway” he noted.

It is likely that when the season gets back underway, there will be clashes with other sports with a packed local calendar set to be in place for the remainder of the year. Madden highlighted the need to involve the referees in the county in the planning process as they will have a huge role to play.

He said: “There will be competition there from other sports because at the moment everyone is trying to get up and running. The emphasis at the moment is that players just want to play and that is key. The other people that need to be involved in this conversation are the referees. I am not sure what their views are but the word is that they will have all the PPE and have a number of protocols around it. Some clubs also feel the risk assessment form that is there to be filled out has a number of ambiguities and on an issue like this, everything needs to be absolutely clear”.