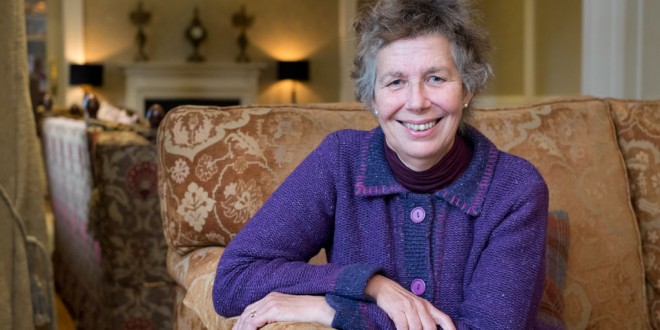 SCARIFF resident Lynn Von Lintzgy’s life was turned upside down when she was diagnosed with cancer in August 2012 and again when it returned last year. Now her son has chosen to embark on a life-changing journey of his own in solidarity.

Daniel Watson, who has been living in Australia for the past 13 years, was so moved by his mother’s battle with cancer that he decided to set off on a five-month expedition across Australia by walking from Perth to Sydney.

Walking on average 50km a day, Daniel aims to cover the 4,690km journey by early March, having set off on October 20. Inspired by his mother’s positive attitude and by the support she is receiving locally at Clare Cancer Support Centre, he left his job in Sydney, hopped on a flight to Perth and began his challenge.

Daniel, who is 34, moved to Australia in 2002 where he began working for the Australian Radio Network in Sydney but last September, he handed in his notice to set off on his journey.

“Daniel and I sort of drifted apart for a while because once he got his citizenship and got a good job, he became this kind of jack the lad and this person that I wasn’t comfortable with. I didn’t talk to him that often when he was out there first and we would meet every couple of years. We mentally, as well as physically, drifted apart,” Lynn outlined.

However, in the summer of 2014, the two were brought together again, as Lynn faced into her second cancer diagnosis. Buoyed by the assistance of Clare Cancer Support Centre, who, she said “made me a lot more positive and helped me deal with it and helped me live day to day”, she made contact with Daniel.

“I just said to him ‘I miss you, I miss seeing you and talking to you’ and I just said ‘I wish you would come over and see me’. A few days later, he phoned to say ‘I’ve booked the flight. I’m coming over’.

“He came over in June and came to the Clare Cancer Support Centre with me. He could see what I was like, that I was positive and we had long chats about giving off a negative or positive aura and how that would attract or repel other people and I like to think he took it on board. He obviously started thinking about it and what way he wanted his life to go,” she said.

The first Lynn heard about Daniel’s trip was from her brother, who also lives in Sydney, and she couldn’t believe it. She rang him and kept asking him why?

Speaking about his reasons, Daniel said, “We all face challenges that affect our ability to cope. I have decided to take on a challenge to support the people I care about and to grow personally. It starts by helping others.”

This was something that really rang true for Lynn.

“After he came over in June, he decided he would do this but I was probably the catalyst for that. It’s not everyone who will give up a good job to do something like this. A lot of people who have cancer do go on a journey and we go on a different path through life and we meet the most amazing people, that I would never have met. It’s given me and my husband a totally different perspective on life and on accepting other people and having time for other people. We’re all so very busy. It has been life-changing. In the darkness of cancer, there is this light of inspiration and hope and sort of gratitude that you do open up your mind and it makes up for all the bad things in the world. Clare Cancer Support Centre are fabulous. We get together and they’re all inspirational. You have to be positive and I’m very grateful to them all and I’m glad that it has passed onto my son that he has been inspired to do something,” she said.

Daniel planned his trip by himself and it is also self-funded. He is aiming to raise AUS $100,000 for the Cancer Council NSW and Sane, a mental health charity, both based in Australia. He has built a type of pram with solar panels to enable him to charge his phone and laptop so he can post to Facebook and his charity page regularly. Along the way, he has been met with huge support in the form of food drops, technical repairs and even a Christmas dinner.

“He’s seen the benefits of cancer research in me because I’m on these tablets, which are relatively new. When I was re-diagnosed, surgery was out of the question and the chemo I’d previously had was out of the question. So I was told the bad news is you’ve got cancer back again but the good news is you can go on these tablets. I’m doing well on the tablets. I’ve had three clear scans so they are very pleased with me.

“I phone Daniel nearly every day. His spirits are very good. He did go through a tough time at the end of November, early December, where he was going through an area where there were no towns or anything, just a road house or truck stop every four days. He got a bit down about that. He has got to see amazing countryside and he’s met some genuinely lovely people,” Lynn explained.

She is now calling on people in Ireland to get behind the effort and to let their family and friends in Australia know about Daniel’s trek.
“If people are able to donate that’s great but to remember that although it’s going to Australia cancer research, any breakthrough is going to affect the world, everyone will benefit from it. I know there are a lot of Irish who have relations in Australia. Just to let them know there’s this guy, whose Mum lives in Ireland, who is doing a walk for charity,” she said.

Lynn believes the journey will help Daniel become a more selfless person and it is something she hugely admires in him.

“I think it’s incredible. You hear of people doing things but they do it as groups but it is not often you would get someone who would be walking on their own for five months. I’m just so proud of him and proud that he is being selfless and thinking of others and raising money for worthy causes. To me, he’s the best son. I know doors will open to him when he gets back to Sydney because he will be a changed person with a positive aura and people will warm to that,” she concluded.