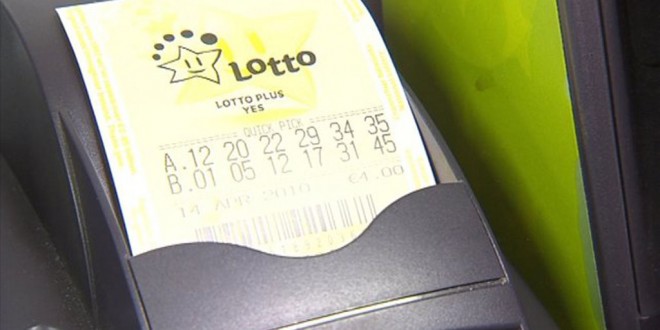 There is “great excitement” around O’Keeffe’s Shop in Roslevan, Ennis today after last night’s €5.3 million single or syndicate National Lottery winner purchased their ticket in the shop.

The lucky €7.50 quick-pick ticket was purchased yesterday in the shop and the place has been a hive of activity ever since.

Speaking to The Clare Champion on Thursday owner Thomas O’Keeffe said the shop had been very busy all day with a multitude of local people coming into the shop to check their tickets. “It’s absolutely brillant, there’s been great excitement and a real buzz around here all morning, it’s been unreal,” he said. “The Lotto machine hasn’t stopped.”

Mr O’Keeffe said the shop has enjoyed a lot of luck in the past with an Ennis man winning €500,000 on a Winning Streak ticket last year.
The business owner said a number of other customers had also won similar amounts on scratch cards in recent years. “We’ve been very lucky. We’ve had a heap of local people in this morning checking their tickets and with the [Tulla] road closure we’re hoping it’s a local person that’s won it,” he said. “I’d encourage all of the people to come in and check their Lotto tickets.”

County Clare has had a lot of success in the National Lottery in recent years with Roslevan in particular proving to be a lucky location.
Three and a half years ago in May 2012 a winning ticket worth €2,688,982 was bought in Liddy’s Costcutters at Roslevan Shopping Centre which is situated in close proximity to O’Keeffe’s Shop.

A jackpot of €4,433,754 was won by a county Clare family in July 2014 after a quick-pick ticket was bought in Sixmilebridge at Reddan’s Store and Post Office.