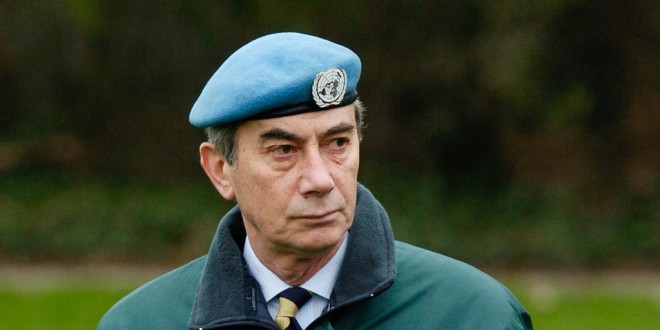 By Dan Danaher and Carol Byrne

LORD Inchiquin, Conor O’Brien, is up in arms over the lack of Government funding and planning for the Brian Boru Millennium celebrations.

In an exclusive interview with The Clare Champion, the head of the O’Brien clan, who is the 32nd indirect descent to Brian Ború, issued stinging criticism against Ministers Leo Vradkar and Jimmy Deenihan, claiming the national launch in Trinity College in January came “18 months too late”.

During his last meeting with Arts Minister Jimmy Deenihan, the 18th Baron of Inchiquin proposed the Government allocate €150,000 to organise celebrations in Killaloe, Clontarf and Cashel, which could have generated €600,000 for the country if Armagh agreed to contribute a similar amount.

However, this proposal wasn’t taken up and instead county groups only received a relatively small amount of funding.

Accusing the Government of adopting a very “short-sighted” approach, he recalled last January he was advised by Tourism Minsiter Leo Varadkar that groups could apply for festival funding from Fáilte Ireland now that the forms were out.

“It is laughable. By the time a group has got the form and sent in their proposal for assessment, the event has happened,” Mr O’Brien said.

His views are echoed by Brian Boru National Steering Commitee chairman, Ger Dollard who stated the lack of a national funding stream for Brian Boru was “disappointing”.

Mr Dollard noted that while Fáilte Ireland has been very supportive through its overall promotion of the festival, they have yet to make a decision on funding, and the festivities are already three months in. While Clare County Council has already provided €30,000, which was matched by the four partners.

“Brian Boru wasn’t recognised as a national theme. It has fallen to the four areas to provide resources themselves. Our hope initially was that Brian Boru would be the Gathering Mark Two. We would like to have seen get a similar type of attention. There was an opportunity to have it funded on a North-South basis. The local communities of Killaloe Ballina, Tuamgraney and Scattery Island have stepped up to the challenge. I am particularly pleased with the partnership between Armagh, Dublin and Tipperary. It offers potential for the future and shows local authorities can work together. What has been done to date is excellent,” he said.

Commenting on funding for the festival, a Department of Transport spokesperson said the Brian Ború festival received funding of €19,000 in the last two years from Fáilte Ireland, and highlighted that the Minister has no direct role in such funding.

Meanwhile a spokesperson for the Department of Arts, Heritage and the Gaeltacht said within funding constraints this year it is supporting a number of commemoration events including the Millennium Anniversary of the Battle of Clontarf, including providing support for aspects of the National Brian Ború Heritage trail both in Clare and Dublin.

The department spokesperson said €36,500 has also been allocated to the Brian Boru/Battle of Clontarf Steering Group National Programme of Activities. “Of this amount, €18,500 was awarded to the Killaloe Ballina 2014 Brian Ború Millennium Celebration Weekend with €10,000 awarded for the Clontarf Brian Ború Heritage Trail. The balance was given for the production of brochures etc which were to be used by all of the steering groups,” he said.

He added a new work “Boroimhe” commissioned by Comhaltas Ceoltóirí Éireann, is supported by the department and will be performed at major venues associated with Brian Ború.

Furthermore the Battle of Clontarf and the life of Brian Ború will be marked in Iveagh House, while exhibitions highlighting Brian Ború will take place at the National Museum of Ireland and Trinity College, while Dublin City Council will host an international conference marking the millennium this weekend.

Comparing the funding to the €6million provided for Limerick City of Culture Mr O’Brien believes the overall expenditure on Brian Ború is “very poor”. Mr O’Brien claimed the Government hadn’t supported the commemoration until the eleventh hour last December.

Mr O’Brien said “Clare County Council and Killaloe/Ballina have taken the initiative, they set up the website for Brian Boru 2014 with Cashel, Clontarf and Armagh. Only for them I don’t think anything would have been done.” He was further frustrated after Brian Boru millennium promoters were unable to place a link on the Fáilte Ireland or Tourism Ireland websites, directing visitors to the Brian Boru Millennium website.

He believes the Government should have begun their promotion of the Brian Boru celebrations in January 2013 and outlined that it was an uphill battle to secure support for the festival initially.

Mr O’Brien said together with the help of Gearoid O’Ceallaigh from the Clans of Ireland, he lobbied civil servants in the Department of Arts for a millennium celebration in 2011 but by 2012 nothing was happening.

“We were talking to Government and getting nowhere. The Government was saying it is a very difficult time, there is no money and the First World War commemoration was coming up. The Battle of Clontarf was the biggest successful battle of its time in Irish history. The voluntary groups who were doing all the hard work were not being supported until the county councils got involved,” Mr O’Brien said.

He recalled that 45 representatives from Brian Boru promotional groups attended the first meeting 2012, as well as the Norweigan and Danish Ambassadors who were all fired up to bring people over for the Battle of Clontarf. However, he said promoters couldn’t get anyone to support the proposal at that time.

At the third subsequent meeting held last summer Brian Ború advocates vented their frustration that the Government had done nothing about funding. Following this meeting Lord Inchiquin said he emailed people apologising that he hadn’t been able to achieve his objectives.

Mr O’Brien claimed the Arts Minister Jimmy Deenihan, declined to give a commitment about funding when they met first but at a subsequent meeting in November 2013 he said the Government “finally realised they would have to do something”. The following month they announced the Brian Boru Millennium celebrations would be launched in January 2014 in Trinity College.

Having written to Tourism Minister Leo Varadkar, Mr O’Brien recalled the official response received which stated that while the Brian Boru millennium celebrations were a worthy cause he couldn’t see any Scandinavians coming to the Battle of Clontarf “because they lost the battle”.

“For a minister to write that in a letter is absolutely pure ignorance. His civil servants probably wrote it but he signed it. There were Vikings fighting on both sides in the Battle of Clontarf,” he said.

He claimed that Government ministers were very non-committal in relation to the Brian Boru celebrations and concluded that the Killaloe and Ballina Brian Boru Steering Group and their Clontaf counterparts have produced a “marvellous programme” within very limited resources.