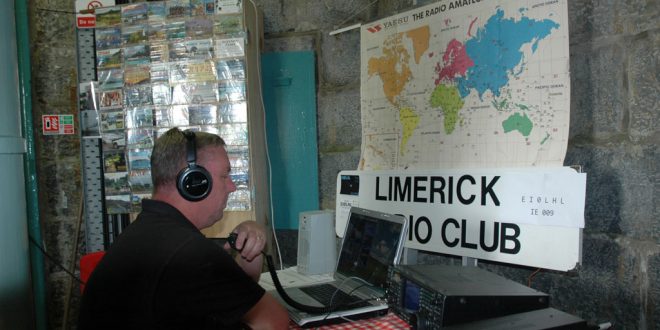 Loop Head connects to the world

Ham radio enthusiasts will convene at Loop Head Lighthouse this weekend to connect with hundreds of lighthouses and lightships around the world.

The Limerick Radio Club,which includes members from Limerick, Clare, Offaly and Tipperary, will broadcast non-stop for 48 hours from the lighthouse on Friday, Saturday and Sunday August as part of the 19th International Lighthouse/Lightship Weekend.

Clare County Council, along and the Commissioners of Irish Lights (CIL), is facilitating the broadcast from Loop Head Lighthouse, while the Limerick Radio Club has also received approval from the Communications Regulator.

During the broadcast, visitors to the lighthouse will be able to listen into communications with some of the other participating ham radio operators broadcasting from 400 other lighthouses and lightships in 50 countries.

Last year, Limerick Radio Club members based at Loop Head Lighthouse successfully connected with fellow enthusiasts as far away as Hawaii and Australia.

The annual event, which is sponsored of the Ayr Amateur Radio Group (AARG) in Scotland, is always held on the third full weekend in August starting at 0001 UTC on Saturday and finishing at 2359 UTC on Sunday. It also coincides on the Sunday with International Lighthouse Day, an event organised by the Association of Lighthouse Keepers whereby many world lighthouses are open to the public for the day.

Further information is available from www.illw.net.

Previous A feast of music at Fleadh
Next Camogie championships begin