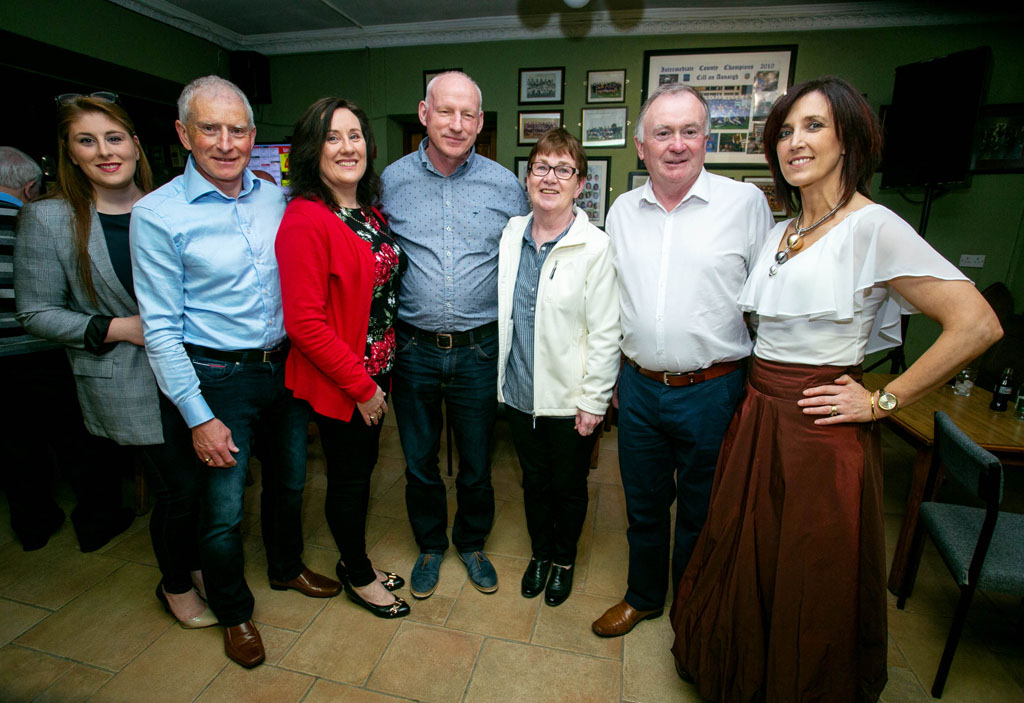 Looking back on great times for Killanena GAA

IT was a night of remembering times past at Cannys Bar on Saturday, when Killanena GAA Club honoured the members of the junior championship-winning team from 1977.

All members of the squad, with the exception of Chicago-based Michael Leonard and the late Denis Sammon and Joe Horan, were in attendance.

It was a particularly memorable year for the club, as they won the junior A championship, beating Corofin in a replay in the final, while they also won the 1976 league title, in a final played in 1977.

Special guest was former Clare selector and manager, Tony Considine, who recalled that campaign in detail and many of the games between his native Cratloe and Killanena in the 1970s.

Brian Borus was a very successful amalgamation in the ’70s with Bodyke, Tulla and Killanena coming together to form a senior team, which won the county senior championship title in 1975. Killanena provided a number of members to the team including Paddy Brody, Kevin Kennedy and Joe Sammon to mention some.
Club chairman Ger Hoey welcomed all to the gathering, while Fr Pat O’Neill, who was based in the parish at the time and who trained the team, recalled the campaign.

Tony Considine presented a memento of the occasion to each member of the squad on behalf of the club, before current club player, Michael Noone, made a special presentation to the 1977 captain, Paddy Brody.

A video made earlier this year of the ’77 captain recalling the club’s great successes was played for the gathering and an enjoyable social evening followed.