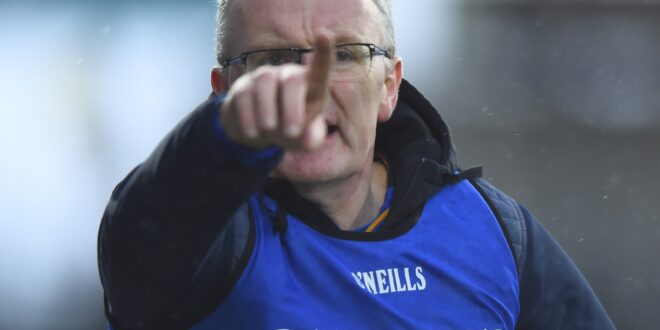 Work rate was the main component identified by Brian Lohan as being key in seeing his side overcome Wexford to reach the All Ireland quarter-finals.

A strong first half showing proved to be a chasm too deep for Wexford to bridge with the game put to bed by Tony Kelly’s 55th minute goal.

Lohan was pleased with how Clare went out about their business and felt that some of the criticism aimed at the team after their one point win over Laois had been unjustified.

“Very happy with that performance and how the guys worked all over the field. They were tough conditions and tough opponents who really put it up to us. It was in our lads, it was there, and there is spirit in the group. They were unlucky not to have a better result against Laois the last day and I thought we played well but unfortunately conceded a couple of goals. Laois are not a bad team and it was a good result to get over that game the last day and I felt it stood us really well today” he stated.

Not for the first time this year, Lohan reserved special praise for man of the match Kelly, labelling him an “exceptional talent who works so hard”. Lohan detailed that “every day we train, he is the first guy there and the last to leave. He is just a super guy”.

Holding Wexford to just three points in the opening period is something Lohan felt gave Clare a great platform for the closing stages.

“I thought we were causing them a bit of trouble and that we had a bit of pace in our forward line that was going to do that so I was happy enough facing into the breeze. I thought we were going to get more than three points. That three point return that they got, I thought we were going to be good value to do better than that. It was dependent on whether or not they were going to be able to get a goal at the other side or maybe two and they weren’t able to do that. You have to manage the water breaks as best you can and we had the opportunity after that first water break to see what they could do. We got a bit of a better handle on their puckout because they were able to get out a bit too easily with it so we were able to talk about that and change things up a bit” he outlined.

Having already lost captain David McInerney to a one game suspension, Clare also lost Aron Shanagher in the warm up with a hamstring issue. Lohan confirmed it means the Wolfe Tones man is unlikely to feature against Waterford this weekend.

The issue of McInerney’s suspension was not something Lohan was going to be drawn on but he did state that having him back for that quarter-final showdown is a major boost.

“We would have enough to complain about if we had lost so we won’t complain about it now. David is a brilliant guy for us and has always been a brilliant guy for us. He was unfortunate to get the line the last day and was very unfortunate at the appeal too. We only got the confirmation of the appeal at 7.10pm last (Friday) night, so I don’t know what happened for the whole week. That was disappointing but moreso for David. He is the captain of our team but he is back the next day” he noted.

The two time All Ireland winner also revealed that John Conlon has been working with the S&C coach as he makes his return from a cruciate injury, but felt that it was too soon for him to be available for a return to action without having any contact work done.