Home » Lifestyle » Lisdoonvarna says I do 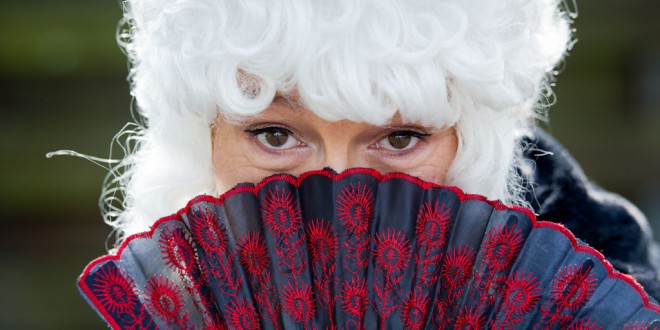 The Outing festival in Lisdoonvarna is set to capitalise on the Ireland says I do tourism campaign.

Lisdoonvarna says I do

Lisdoonvarna is set to benefit from a massive tourism campaign, launched by Tourism Ireland just hours after the yes vote in the marriage referendum was announced.
The campaign, ‘Ireland says I do’ which features a short video of The Outing LGBT festival in Lisdoonvarna, is being rolled out to nine markets, including Britain, the United States, Canada, the Nordic Region, Australia, France, Spain, Italy and Germany.
Lisdoonvarna voted a resounding yes to the marriage equality referendum, polling just over 59% in favour. According to the tally taken at Ennis Courthouse on Saturday, 419 yes votes were counted in the Lisdoonvarna National School polling station, compared with 286 no votes; thirteen were spoiled. Of the valid votes, 59.4% were in favour of changing the constitution to allow marriage between two people regardless of sex.
Marcus White, from the White Hotel Group said, “Bookings have already been flooding in – it is going to be one of the busiest on record. Publicity like this is a great boost for The Outing, which is now in its third year and is going from strength to strength.
“We took the initiative to launch The Outing three years ago and at the time it was seen as controversial but it has been a great opportunity for us and has put the small town of Lisdoonvarna on the international stage,” he claimed
“Lisdoonvarna is becoming hip and trendy, we are constantly evolving and in fact, with The Outing, we were ahead of the time,” he said.
“Lisdoonvarna is unique in that we are the only place in Ireland with a traditional matchmaker, stretching back for generations and that is a big draw,” Mr White added.
“In a world full of online dating websites, Lisdoonvarna still offers a very personal service with face-to-face introductions by Willie Daly, our traditional matchmaker. This is what makes us so different and still attracts people from all over the world,” he continued.
The short video, which also features scenes from the West of Ireland, is also promoting the country as a destination of choice for weddings and honeymoons.
The ‘Ireland says I do’ campaign also includes advertising on Facebook, directing people to a specially-created section on Tourism Ireland’s website, www.Ireland.com, which is highlighting wedding venues, bars and clubs.
Recent research by the World Travel Market shows the annual spend on travel by LGBT people exceeded US$200 billion for the first time in 2014. The report showed LGBT Europeans have a total spend on travel of $66.1 billion US.