Home » News » Limerick Man who fled court back in custody

Limerick Man who fled court back in custody

A Limerick man who fled from Ennis Courthouse last week has handed himself into the authorities.

Jason Freyne, (22), who had been on the run for six days, turned up at Limerick Prison on Monday evening around 7pm. A gardai manhunt in both counties Clare and Limerick had been underway since he absconded from Ennis Courthouse last Wednesday evening.

Freyne, from Carew Park in Limerick, escaped from custody with an 18-year-old at approximately 3.15pm last Wednesday. The two men walked out the back door of the building and made a run for freedom.

However, the other man, Keith Garrihy of Beechgrove, Newmarket on Fergus, was arrested by gardai in Clarecastle within hours and brought back to Ennis courthouse for return to Limerick prison.

Judge Patrick Durcan heard last week that Freyne sped away at 160km from a pursuing garda in a chase along the M18 motorway in April of this year before being arrested at Moyross. 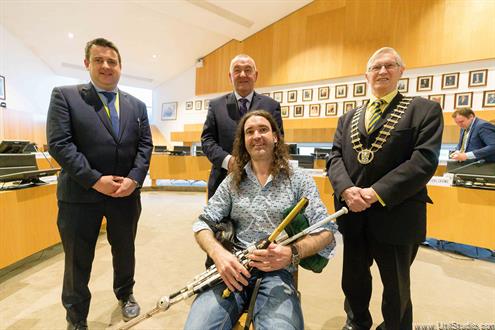