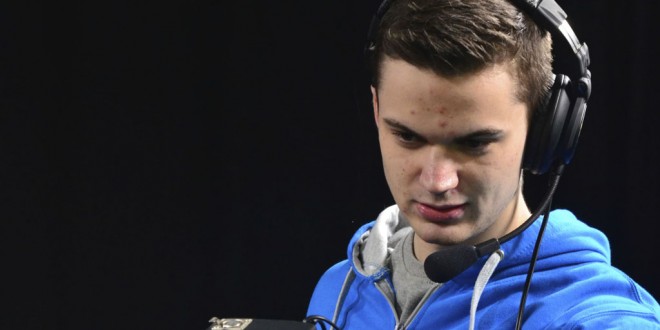 TOMMY Meskill, a third-year communication studies student in Dublin City University, is raising vital funds this week for the Histiocytosis Research Trust through the production of 24 hours of live television content.

Tommy, from Ennis, is an active member of DCU’s Media Production Society (MPS), who are running the DCUtv 24 Hour Broadcast that goes live at 9pm this Friday.

He explained why he is looking forward to the broadcast this year.

“It’s really exciting to be part of a project that no other Irish college has done before, especially when it’s for such a worthy cause.”

Histiocytosis is a general name for a group of syndromes that involve an abnormal increase in the number of immune cells called histiocytes. The Hystiocytosis Research Trust is a charity dedicated to promoting and funding scientific research into uncovering the causes of the disease in the hope of one day finding a cure.

The charity was chosen on the suggestion of Niamh Ní Ruarí, a first-year Journalism student in DCU suffering from Langerhans Cell Histiocytosis, a rare type of blood cancer.

Niamh is also an active member of MPS and she explained how delighted she is for her charity to be chosen.

“The 24-hour broadcast choosing to represent my cause reassures me that DCU cares about its students’ quality of life, no matter how rare their afflictions may be. The fact that I am one in 200,000 people who have this illness, being supported by such a well-known fundraiser in DCU makes me feel considered, as this disease is often ignored by society because of its rarity. I am delighted for Bank of Ireland choosing to support the cause because it will raise so much needed money and give so much exposure to this unknown disease.”

Tommy, a past student of Rice College, will assist in the production of shows throughout the 24-hour broadcast, which range from popular television remakes, such as The Late Late Toy Show and Countdown, to eclectic originals, including The Cheesecake Review.

The broadcast, which is being run for the fifth consecutive year this Christmas, also features the flagship programme, Top of the Socs, which pits the university’s societies against one another in a series of challenges.

Last Christmas, the broadcast raised more than €4,000 for charity through donations received throughout the 24 hours. This year, the target is once again €4,000.

Donations can be made at justgiving.com/dcutv and people can get involved with the broadcast on social media using the hashtag #DCUtv24.