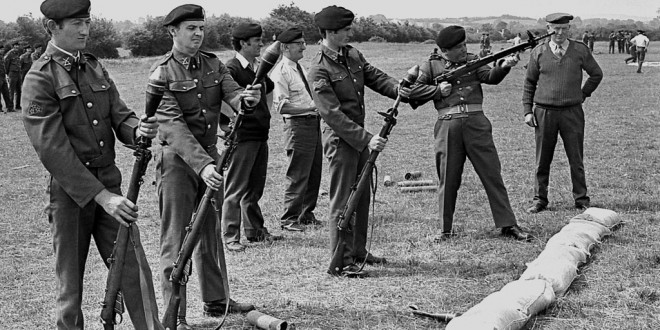 County Clare features prominently in a new website containing 25,000 photographs of life in Limerick and surrounding areas during the 1970s.

The site, www.fromlimerickwithlove.ie, contains images from the archives of The Limerick Leader, which celebrates its 125th anniversary this year, and is the result of months of digitisation work by its staff and Limerick Museum and Archives.

The new online archive coincides with the launch of an exhibition of 125 selected photographs from the archive in the Glazed Street of Limerick City and County Council offices in Merchant’s Quay and also in the Limerick School of Art and Design (LSAD).

Entitled From Limerick with Love, the exhibition contains dozens of images created by students of the LSAD in response to the collection and was launched recently by former minister and Limerick native, Des O’Malley.

“The exhibition and website title perfectly encapsulates the archive images, which are an affectionate portrait of 1970’s Limerick, as well as surrounding counties. From holy communions to prize-winning essays, politics and sport to crowds at the St Patrick’s Day parade, the archive captures it all. Almost everyone with links to Limerick will see someone they know in it,” Mr O’Malley said.

Limerick City and County Council archivist, Jacqui Hayes, said Limerick Museum and Archives have been working since late 2013, scanning and cataloguing thousands of images from the Limerick Leader archives.

Commenting on the broad range of photographs in the exhibition and on the new website, Ms Hayes said, “From sunny days in People’s Park to people at work and play throughout Limerick City and County and beyond, like Kilkee, this exhibition takes us back to a vibrant decade of flares, youth and colour, when Limerick was changing rapidly. The old Ireland is still there, though. There are images of priests blessing the boats, women in headscarves and sheep sales at the mart.”

From Limerick With Love has been on display in the departures lounge of Shannon Airport since March, during which time it has been viewed by thousands of people. The move to the new exhibition locations in Limerick City forms part of the overall City of Culture 2014 programme. It will run until December at the Glazed Street in Merchant’s Quay and the LSAD campus. Visit www.fromlimerickwithlove.ie for more information.