Over 200 people from a variety of State agencies are involved in the exercise which began on Wednesday morning and includes the replication of a 43,000-tonne container ship suffering hull damage and floundering off the coast of Scattery Island. It resulted in a temporary no fly zone over the area. The Irish Coast Guard and the naval vessel the LÉ Orla are also onsite.

It is the first exercise involving remotely operated submarine and aerial vehicles in Europe. The exercise is a first in terms of scale and use of robotic platforms. It is Ireland’s largest marine emergency response exercise and is aimed at dealing with a major environmental disaster.

The University of Limerick is leading the integration and deployment of the underwater and aerial technologies, within this exercise as part of a European Research Collaboration NETMAR which has Irish, UK, French, Spanish and Portuguese partners.

The two-day exercise is replicating the exact scenario of a 43,000-tonne container ship ‘Marée Noire’ suffering hull damage when impacting with rock entering the Shannon Estuary due to loss of steering and floundering off the coast of Scattery Island.

Smart remotely operated submarine vehicles (SROVs) developed by the Mobile and Marine Robotics Research Centre (MMRRC) at the University of Limerick and NETMAR partner platforms will be used to detect and monitor potential pollutants as a result of the accident and assess ship damage.

These vehicles are being used to assess and relay sensor data, ultimately allowing for fast effective deployment of resources essential to contain oil spills in a safe manner.

Unmanned Aerial Vehicles (UAVs) fitted with cameras are being launched over the stricken vessel to gather aerial data of oil spills and slicks.

The use of the robotic submarine and aerial vehicles is expected to significantly enhance Irish and European response and containment strategies for similar real-time accidents.

“This exercise will allow us to include the most up-to-date technology capabilities in marine emergency response scenarios in Ireland and across Europe,” said Dr Daniel Toal, Research Leader at the MMRRC, University of Limerick.

The exercise, which has been entitled ‘Cathach’ is being led and has been organised by the MMRRC at the University of Limerick, Shannon Foynes Port Company and Clare County Council. Clare County Council, with the assistance of SEA-PT, is coordinating the shoreline response.

The Irish Coast Guard, in addition to their statutory oversight role of this response, are conducting the at-sea response on board the Commissioner of Irish Lights vessel ILV Granuaile.

The Naval Service’s LÉ Orla is providing the on-scene coordination role and the incident Command Centre will operate from ESB’s Moneypoint Generating Station.

On Thursday the Shannon search and rescue helicopter is assessing the incident site and taking water and oil samples.

The Granuaile, in co-ordination with participating tug boat the Celtic Rebel, is deploying large boom equipment in an effort to contain and recover the ‘oil’ close to Querrin Strand.

“Exercises such as this are critical and SFPC, which has statutory jurisdiction over all commercial maritime activities on the Shannon Estuary, has an important role to play in these.

“We have ambitious plans for growing throughput on the estuary and it is critical that such exercises are done so that we are prepared for any possible occurrence, however unlikely.

“We are delighted also that the estuary is the first European test site for such advanced technology for dealing with emergency responses as it reaffirms its status as an advanced commercial maritime location,” said Shannon Foynes Port Company CEO, Patrick Keating.

Approach to Covid-19 “has failed, is failing and will fail”-McNamara 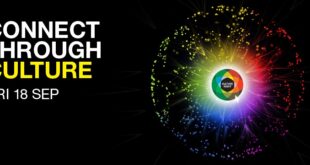